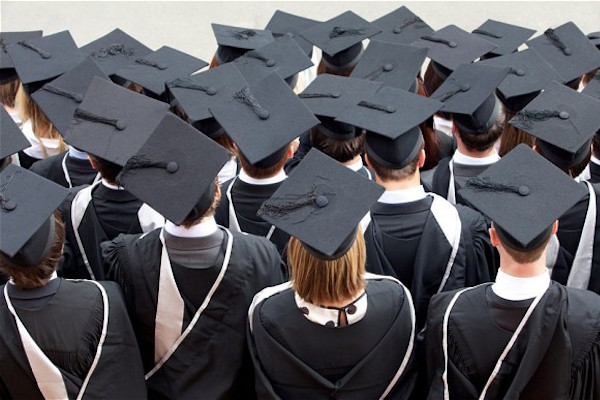 The idea for Parse.ly’s University Partnerships Program began with a simple question: What would happen if we gave journalism students full access to audience data?

After two semesters of working with journalism classes and student-run publications to find the answer, we’re pleased to report today on some of the students’ findings. From creative insights on what day or time is best to release an article, to out-of-box thinking about how to test long-form versus short-form content, we’ve received a plethora of information that we never expected.

Parse.ly Provides an Analytics Solution that Won’t Break the Bank

When inquiries about Parse.ly’s analytics services began flooding in during the summer of 2015, we got together to discuss the best way to give students access to their data without cutting into their institutions’ budget.

“We understand  that most student organizations have limited budgets and we don’t  want to take away their resources,” said David Aronica, manager of business development at Parse.ly. “So, we sat down and thought of a plan that would help the students learn more about their audience, while we gained additional insights about how publishers use analytics to make editorial decisions every day.”

We ultimately decided to give students free access to their audience analytics for a semester. At the end of the semester, they would submit a “project” in the form of a research paper, blog posting, video, or testimonial to help provide the Parse.ly team with perspective about how they are using our analytics tool to make more informed editorial decisions based on data. The original group of universities was small, with students from Michigan State University, University of Virginia, Claremont McKenna College, and Lehigh University kicking off the program as part of our test group.

We had a good feeling about the program early on, based on initial (and extremely intelligent!) questions from participating students:

By the end of the semester, we were impressed with the results. Nearly every school reported an increase in overall readership and their feedback has been invaluable.

The following were some insights gained during the first semester of the University Partnerships Program:

The State News at Michigan State discovered that its audience loved posts that broke down complex stories into five or six bullet points, so the editorial team began delivering more of its content in this format.

The Cavalier Daily at the University of Virginia gave all 26 of its editors access to Parse.ly and was able to adjust its social media promotion strategy based on what content was doing well on any particular day.

The Golden Antlers at Claremont McKenna used author detail pages to “provide immediate and targeted feedback” to its writers and help them understand their particular audience (and how it compared to the audience of its entire site).

While we were extremely proud of the first wave of projects that described the shift to a data-driven newsroom culture, it was the team at The Brown and White, led by Faculty Advisor Matt Veto,  at Lehigh University that really got their hands dirty immediately and tested multiple research questions using the Parse.ly analytics dashboard.

The team’s full project, including a description of its hypotheses, testing procedures, and learnings, can be found on our University Partnerships landing page; but, here are a couple of conclusions straight from Editor-in-Chief Danielle DiStefano’s report:

Preparing Students to Shape the Future of Media

The University Partnerships Program has continued to grow since its initial semester, and we now have 15 schools that will have access to Parse.ly’s dashboard in Fall 2016. Combined, these schools receive close to 100k page views per day, a number we are hoping to increase over the next six months as students learn more about their audience.

At Parse.ly, we are extremely excited about what we can learn from the journalism students in the program. Because many of the participating students have not worked in a professional newsroom, we’ve noticed that they are extremely creative in how they approach journalism and analytics. Our hope is that by exposing these students to content analytics early on, they will take their new perspectives and insights into the professional world and shape the future of media.

Julia Horowitz, editor-in-chief at The Cavalier Daily, said of the University of Virginia’s participation in the University Partnerships Program: “With Parse.ly’s help, we’ve begun to foster the digital-first culture essential for running a successful newsgathering operation in 2016. Not only has readership stabilized; it is now climbing.

“This much is clear: to continue to provide our university community with information that is new, relevant and insightful — as is our mission — we need to be where our audience is. And for us, Parse.ly has been part of the answer.”