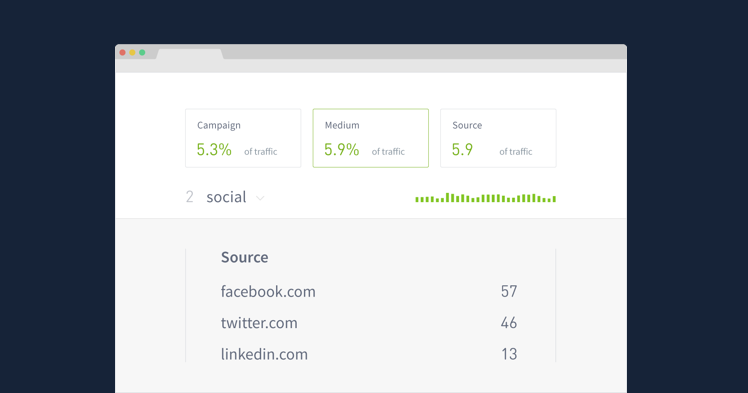 “If you build it, they will come” only works for Kevin Costner.

For marketers with digital audiences, just as much effort has to go into distributing content as creating it — sometimes more! Efforts of social media managers, marketers, and audience development experts make sure discovery isn’t left to chance.

Using UTM parameters and measuring results in Parse.ly’s campaign dashboard allows you to track distribution efforts right alongside content performance in the Parse.ly dashboard. In this post, we’ll walk through the most impactful ways to make use of this data.

Campaign tracking: for when you need to understand the data behind your distribution efforts

When you look at content performance, there are a lot of questions you can ask about the metrics. Did my audience engage with it? What channels did they find it organically through?

Campaign tracking can filter out some of those questions and focus only on what is and isn’t working with your distribution efforts. Both email distribution and social distribution (paid and unpaid) in particular can massively benefit from this data.

If you have spent resources deciding what goes into each newsletter,you should want to see how those newsletters drive traffic.

However, since email tends to show up as a “direct” traffic referral, you’re left in the dark when it comes to newsletter performance. While ESPs provide their own set of metrics, including open rates and CTRs, comparing your newsletter audience to non-newsletter readers quickly becomes difficult.

Adding tracking parameters to links within your newsletters or email campaigns means that you can see all of the traffic those newsletters generate. You can also compare their performance to each other or to other channels directly in Parse.ly.

Email campaigns that have sent traffic to the Parse.ly blog

Direct relationships with audiences often focus on email communication because of its stellar conversion rates.

“According to director of audience development Indu Chandrasekhar, one of the biggest converters for turning casual readers into subscribers is newsletters, which contributed seven-times more sign ups than the website’s average last year, including driving 24,000 subscriptions in December 2018—86 percent higher than average.” – How Wired’s Multiplatform Strategy Is Increasing Engagement and Revenue

The New York Times has found that newsletter readers consume twice as much content as those who don’t get newsletters and 2x more likely to become paid subscribers.

Prioritize this segment of your audience, understand what engages them, and see how your efforts impact their readership.

If you are also exploring other channels that use send traffic as direct like chat apps, SMS messaging, this same principle applies.

Owned social distribution: how much control do you have?

Each social platform has a host of analytics they share with you, but comparing them to each other can be a herculean data task. Still, there’s likely going to be a boss out there thinking you’re up to the challenge. Campaign tracking can answer “Should we be hiring someone to work on our Instagram audience or Twitter?” Or, “What did we get out of our paid Facebook promotions compared to our Linkedin spend?”

Your efforts could include paid promotions or direct distribution to loyal audiences you’ve built on a platform. Either way, whenever you share content to social channels, a tracking parameter allows you to see what traffic from those referrals comes from your efforts.

Even better, a campaign group lets you put together multiple campaigns, sources, or mediums. Compare all “paid” sources or all “social” mediums. Not only can you see all your distribution efforts together this way, you can see the engagement from them compared to your other site visitors.

For example, Facebook reports on what happens before someone clicks through a boosted post or a news feed ad: reach, impressions, and clicks.

With Parse.ly, you can see how long someone stays engaged after they click. Did the post match the expectations set by the headline and image on Facebook? Which ads were best for keeping readers around and which made them bounce immediately? 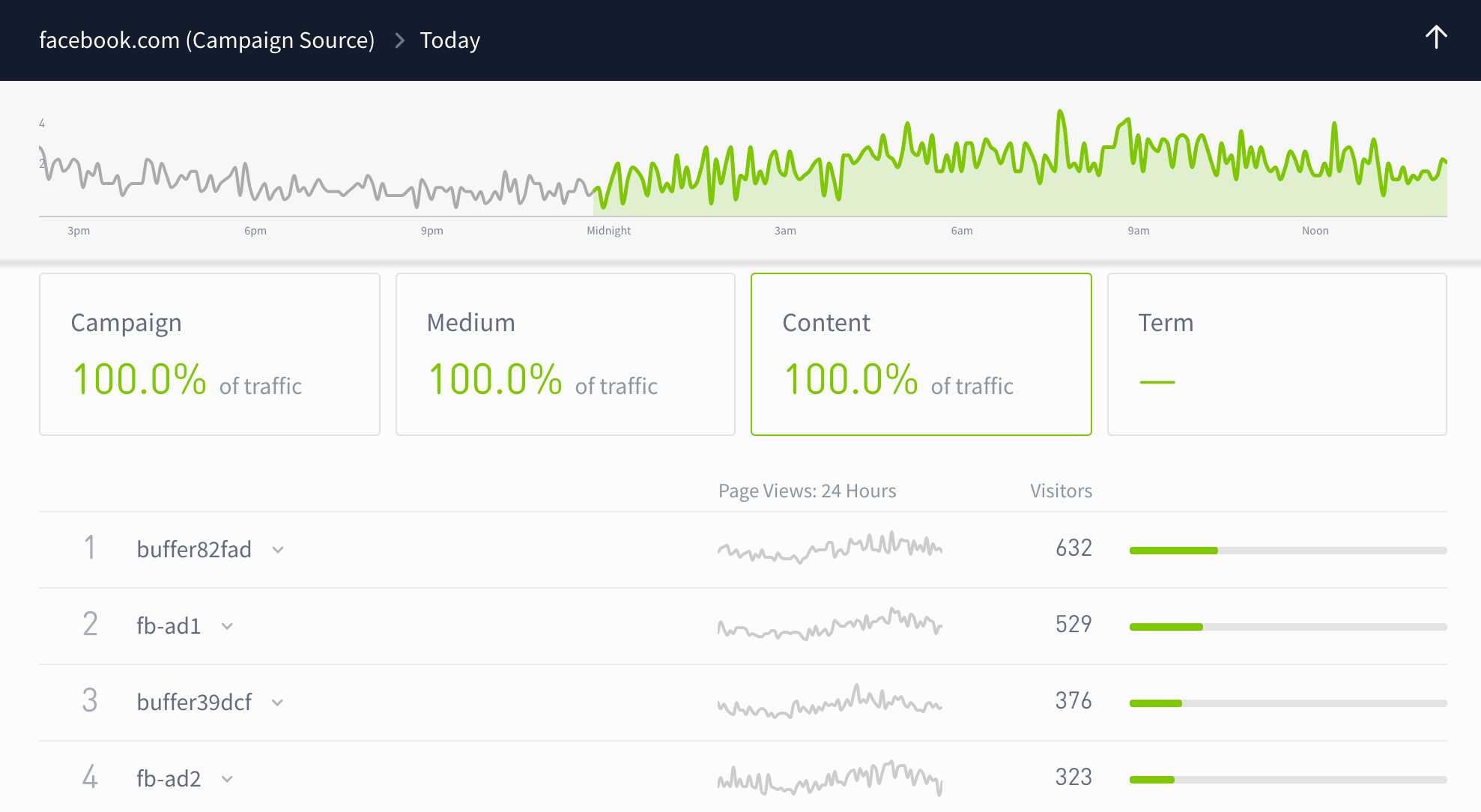 Do you have a directive to either grow your new audience or focus on engaging returning visitors?

Where you distribute content matters for those effots. Take a look at what happens when we compare average time for new visitors and returning visitors who came to the Parse.ly Blog through a Buffer campaign.

New visitors stay engaged for roughly the same amount of time whether they come from LinkedIn or Twitter. But returning visitors engage for over a minute longer when they click-through a Tweet instead of a LinkedIn post. In this case, LinkedIn might be better for driving new leads than it is for encouraging visitors to come back.

Knowing where to reach a specific audience lays the foundation for more targeted campaigns in the future. (This becomes even more powerful if combined with audience segments!)

How do I get people to actually use UTM parameters?

Arguably, the hardest part about UTM parameters can be actually remembering to use them. We recommend a few things:

For emails and newsletters, many ESPs allow you to automatically append UTM codes to certain templates. If you have an email developer you work with, they can also build scripts that apply parameters. This means you’ll never have to worry about updating them or forgetting to add them!

The same applies to tool used to distribute across social platforms. Systems like Buffer, Instagram “link in profile” providers, and paid platforms usually have built in UTM options. If you’re not already using these, see if you can start.

Even at a manual level, you can help your team remember to add UTM codes with tools and templates like the Google Analytics URL Builder, which we love here at Parse.ly. A few templates means that you never have to remember “is LinkedIn the source or the medium?” again.

If you’re not currently tracking campaign parameters, get started with this best practices guide.

Parse.ly collects campaign data from UTM tracking codes (and other parameters) attached to the end of your URLs. If your organization is already tagging URLs with parameters like utm_campaign or utm_medium, your campaign data will automatically show up in the dashboard.