Digital media in 2014: The Acceptance of Data as Friend Not Foe of Publishing

Home » Digital media in 2014: The Acceptance of Data as Friend Not Foe of Publishing 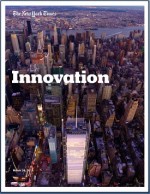 Maybe it was the New York Time’s Innovation Report. Or maybe it was BuzzFeed’s ability to raise $50 Million. Whatever it was, this year  saw digital publishers no longer ignoring their audience data.

Data stopped being scary: a representation of all that was wrong with news, journalism and writing on the internet because it seemed foreign and unavailable to the people creating those stories. Instead, editorial teams and newsrooms started to see data as an ally, a way to harness the collective power of information already provided by readers and interpreted to benefit media companies, benefitting their editorial teams and their bottom lines.

The focus of data’s usefulness moved away from simply driving traffic numbers up and newsrooms found  ways to integrate data into  the creative process. Counting page views gave way to understanding why readers return to a site, why readers are more likely to share one article and not another, or how stories that didn’t get the attention they deserved can be made front and center. All this allowed the newsroom and business teams at editorial companies to do what they do  best: create great stories and sustainable business models.

For proof that the adoption of data and analytics as a core competency at digital media companies doesn’t just belong to BuzzFeed anymore, here are our favorite, and most innovative applications of audience data and analysis in 2014:

Lucia Moses from Digiday covered the Accelerator last April. This program allows CondÃ© Nast brands to predict viral stories, pre-sell that virality at a premium and connect the ad-servers when the time comes. Ars Technica pioneered the technology, but it’s now being used by multiple brands.

As Moses described it in her piece:

Once a story seems like it has the potential to go viral, it is connected to an ad server, where an advertiser that has pre-bought the Accelerator will have its ad appear adjacent to the popular story. Porsche, LG, Motorola, HBO, Microsoft are among advertisers that have used the platform.

“We’d have these stories, like the Kim-Kanye story on Vogue, but we haven’t been able to monetize them, because we haven’t expected it,” said Josh Stinchcomb, vp of corporate partnerships at CondÃ© Nast. “This allows us to monetize the spikes and lets the advertiser own that story. There’s over-delivery, typically, making the buy more efficient. More important, they get connected to the story everybody’s talking about.”

Last year, we called out native advertising and sponsored content as a digital trend, and this year we saw a proliferation of content studios emerge. Not all attempts at making this ad format work have been successful, but there have been some standouts that have leveraged the unique attributes of their audiences to drive product and sales strategy when it comes to native ads.

Media analyst Ken Doctor highlighted Talking Points Memo’s content studio and sponsored content products on Nieman Lab last month. In discussing the strategy with Josh Marshall, Editor-in-Chief of TPM, Marshall described how he came to realize what TPM’s game plan would be when it came to paid content.

The epiphany is that we were competing without having any unique factors and advantages of our organization working in our favor. We were competing with The New York Times or Huffington on terrain where scale is all that matters. That’s ridiculous,” says Marshall. “At the same time, we could see the commodification of banner advertising.

Their sponsored content strategy came from knowing their audience and being able to shape stories better than anyone else. It also served to keep people reading TPM, instead of pushing them off the site and onto a brand’s website or blog. Doctor noted that the practice was not the easy way out:

It may demand patience, and a real understanding of a site’s unique audience, but in defending against the digital ad giants, it offers a smart, actionable way to be on offense.

Other publishers without the scale of the Times or WSJ should take a cue from their observations about understanding the audience as a way to sell content marketing.

After allowing free access to all articles going back to 2007 beginning last summer, The New Yorker launched a paywall in November of 2014. Following the announcement, Capital New York covered the factors that played into The New Yorker’s strategy decisions:

“Well, it’s based on a number of factors. One is our sort of intense data analysis of our readers. Another is the economics, and the third is gut,”  NewYorker.com editor Nicholas Thomson told Capital in an interview.

Tamar Rimmon, Associate Director of Analytics and Audience Development at CondÃ© Nast expanded on this to Parse.ly. When asked to describe what role specifically the data analysis played in the process, she told us:

Data and analytics played a vital role in our paywall strategy. We explored the nuances of audience behavior to understand how and why our most engaged visitors read The New Yorker, and to identify the readers who are most likely to subscribe. These insights helped us build an effective paywall and make informed decisions on the right structure, design and messaging.

A late entry, Slate debuted a gift guide for the 2014 holiday season  that combined e-commerce and publishing. Affiliate product recommendations isn’t new to Slate or other publishers, with companies like [Skimlink driving  over $500M in e-commerce sales in 2013].

However, this microsite and beta product goes beyond the in-article link to something more integrated on the site. Like their recommended content, some relevant picks will be displayed alongside articles.

Will the combination of recommended articles and products be picked up by the Slate audience? Surely, Slate’s team will be evaluating the success over the next month for quantitative results.

However, by purely subjective measures (our opinion), the combination of editorial and audience context driving e-commerce looks like it could be a success, especially during the season that people search for the perfect gift.

To be sure, there are still many challenges that face digital publishers and media companies in the coming year, and we’re currently surveying the industry to find out what those are (you can take it here!).  But as we look back on 2014, let’s take a moment to get excited  about how far we’ve come, and the opportunities that await us.