Episode 15: One Week in Data

“You got about as much sports analysis as you can get out of me.”

0:17 – Social media and editorial efforts drove the attention around immigration during this week.

Andrew: “[Immigration] was a heavily social media-driven topic. There were several important hashtags surrounding the asylum and immigration issue that was going on at the border. And you actually saw a huge spike in organic social traffic…across that immigration topic.” 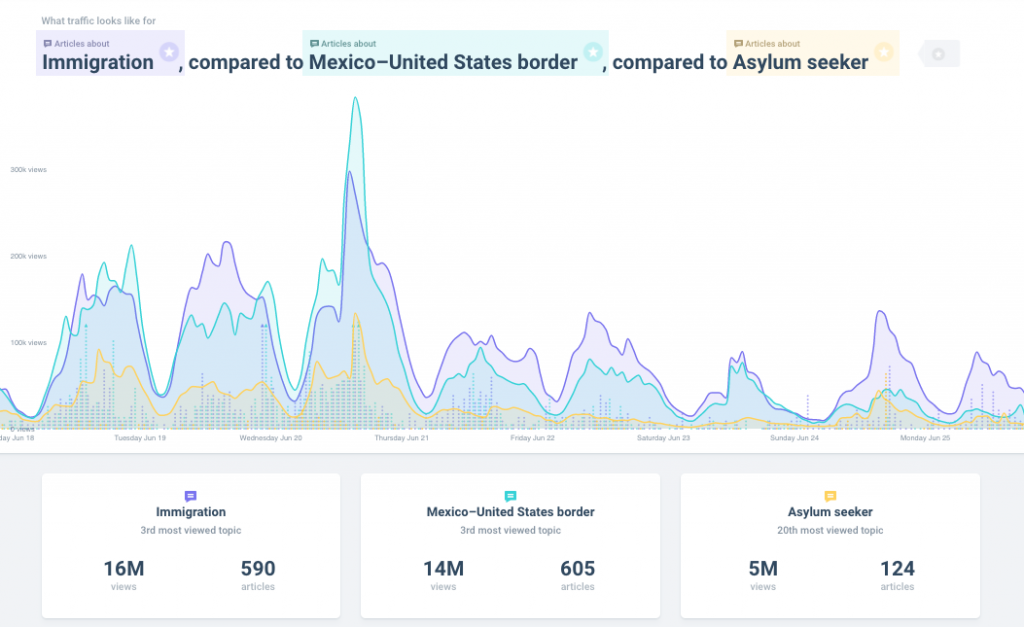 Andrew: “We also saw a significant chunk of traffic coming from editorial and recirculation, which are things like homepages for news publishers. So this was the big political news topic.”

1:31 – What exactly is the source of this attention data? Sachin and Andrew briefly introduce a new product, Currents, and explain how the data informs the show.

3:58 – There were about a thousand stories written about immigration from June 18 – June 25. Only 124 of these stories were related to asylum seekers, but they received over 5 million views. High traffic per story suggests this angle was under-covered and under-promoted.

Andrew: “[Stories about asylum seekers are] very organically interesting to the audience, but not as much covered on the demand side or on the promotion side.”

6:25 – The lifespan of stories about immigration was longer than typical breaking news stories.

8:44 – Certain areas of the country, including parts of Texas, New Mexico, and Arizona, over-indexed in terms of attention for stories about immigration. Sources of traffic included Google News, Flipboard, and Twitter, but Facebook referred the most traffic to immigration stories.

Sachin: “If we look at what traffic looks like across all of the sites that we track, usually that’s around—at least for this time period—around 18%. And this is almost double, with immigration being almost 32% from social media.” 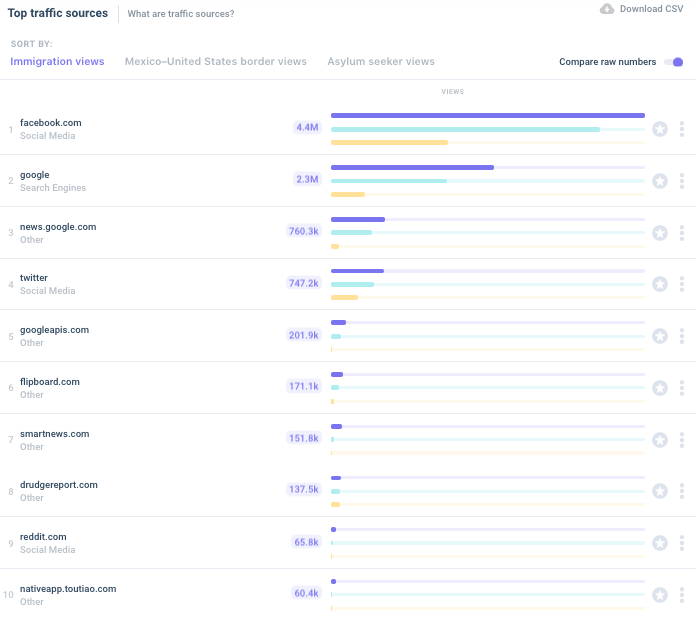 11:09 – Politics dominated the news cycle, but other stories surfaced, including one about Tesla and Elon Musk. Visitors to stories about Tesla usually arrived via direct channels such as email and text, suggesting people were clicking links in newsletters or sharing news with each other privately. 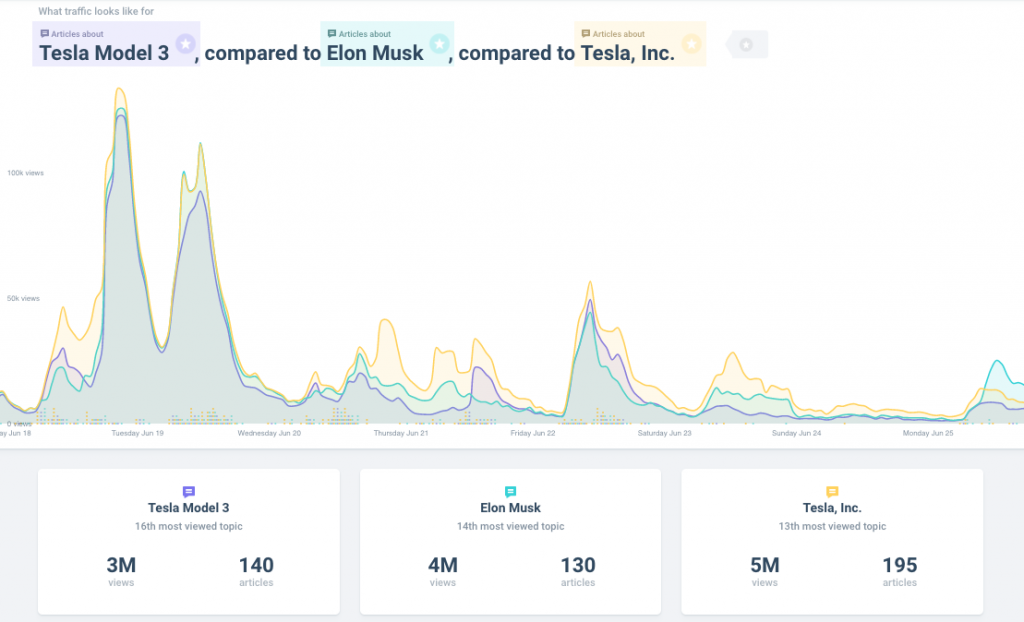 13:39 – Another story that surfaced in the tech world during that week: Instagram’s announcement about IGTV. California over-indexed on attention for stories about the platform. 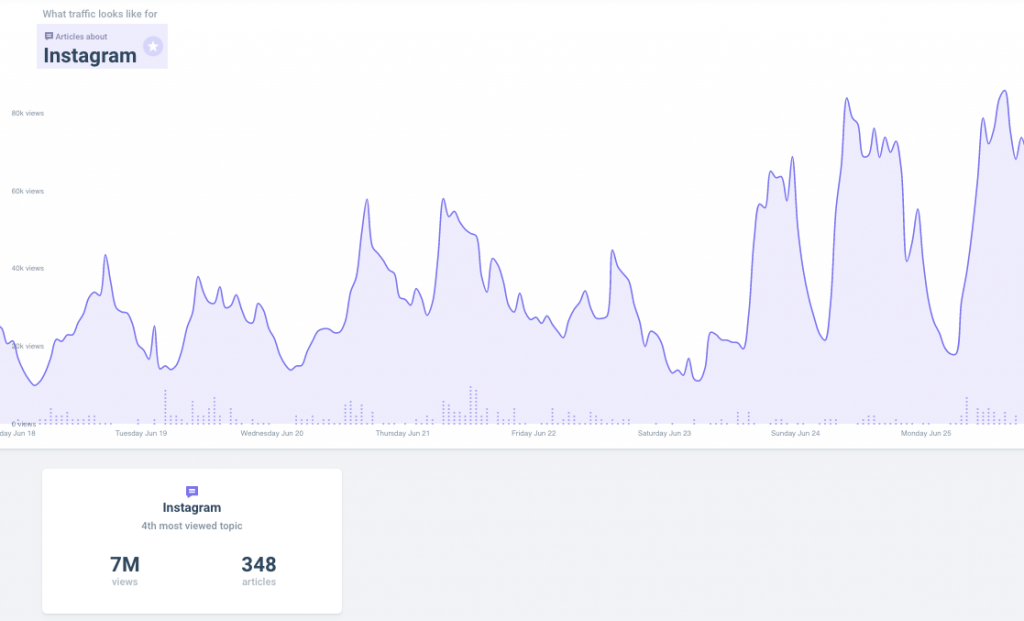 14:57 – In sports news, the World Cup dominated, driving a huge amount of attention overall. Florida, Texas, southern California, and the New York metro area over-indexed on attention for the World Cup. There was three times more Google traffic than Facebook traffic for this topic. 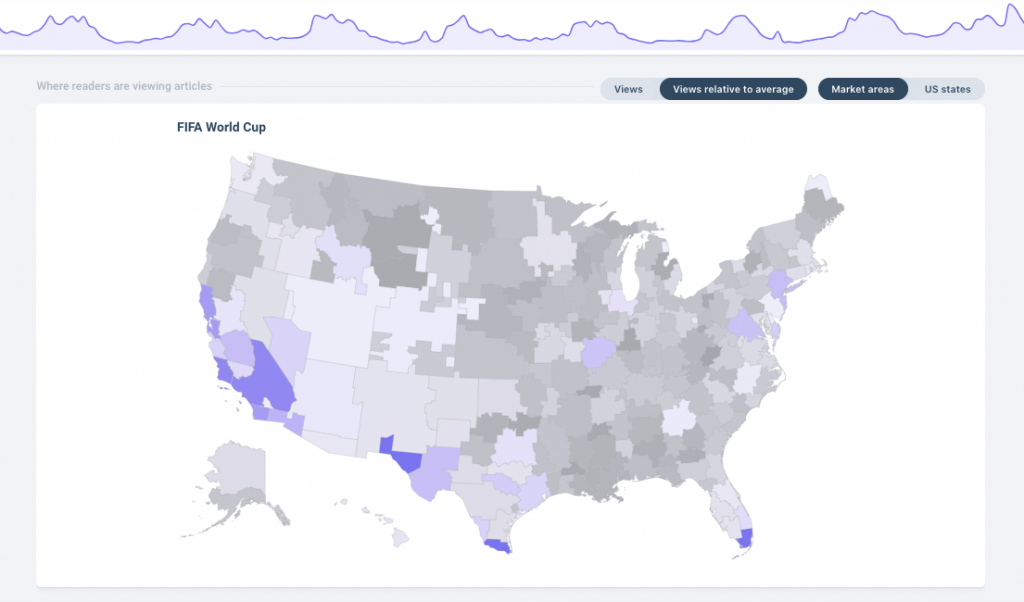 Sachin: “For me, one of the big takeaways is immigration being this thing that bubbled up through social media, via other sources of traffic, and then getting covered as a result. I don’t think I knew without looking at this data, how much people cared about this issue.”

18:29 – Will Andrew and Sachin have what it takes to stick to their fitness bet?