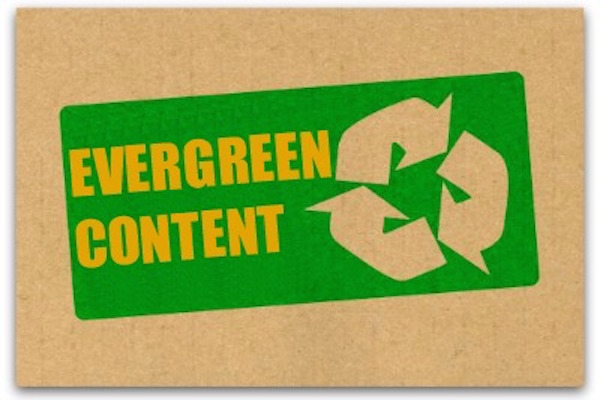 Last year, the Parse.ly team researched how long a typical article lasts online. We found that the median lifespan of the articles we studied was 2.6 days. Articles whose popularity extended beyond this cycle were considered “evergreen” content.

Since evergreen articles are not tied to a specific news event, and they don’t have an expiration date, they are great fodder for repurposing and sharing. For some of our customers, like TheAtlantic.com, evergreen posts written at least 30 days prior to the current date may be responsible for as much as 50 percent of site traffic in a given month!

Here’s a screenshot that Adam Felder, associate director of analytics for Atlantic Media, shared in a recent webinar hosted by Publishing Executive. The image depicts TheAtlantic.com’s evergreen posts from October 11, 2015 through November 9, 2015, as observed through the Parse.ly dashboard. TheAtlantic.com’s archive goes back around 100 years, so Felder and his team decided to leverage some of the site’s evergreen content to help reach its current editorial goals. Here are three ways that digital publishers can use evergreen content without reinventing the wheel:

1) Find gems in your archive.

Take a look at the articles and posts that have performed well for you. Chances are, given their relevance to your audience when they were first published, they can (and will) be relevant again.

Search for stories that may give context into current news events or highlight anniversaries of major historical events. Think about using historical data from your analytics platform to find stories that did well a year or more ago to see if they still have possible relevance.

Also, make sure readers can find historical articles by taking advantage of structures like tagging. Use keywords and other important distinguishers to make your archive more accessible. The better you tag, the better you’ll be able to leverage your archive moving forward.

If you’ve been watching your real-time dashboard and getting weekly reports, you should have a good sense of what makes for an “above average” post in whatever main KPI you track (page views, visitors, engaged time, etc.). Once you find and identify older stories that did well based on your KPI thresholds, you can re-promote them during periods of time when your site experiences lower numbers of visitors. And just like that, you can attract new readers to older stories. Or, you can consider republishing the story to test the success of newer articles and how audiences respond to them differently.

Keep on top of evergreen articles with weekly reports. Add any recent evergreen stories that you find to email newsletters, or check the audience to see if there is a larger story that is driving traffic. Let your readers guide you!

Last year, “In The Crosshairs,” on The New Yorker’s website saw an unusual amount of traffic. Unusual, because the article was published in 2013.

Most of this traffic was being referred by Google as a result of search queries. After looking for the reason, it was discovered that this story was listed in Google’s In-Depth Articles feature, where it was the number one result for several keywords.

Why? The rising search interest in the story was a result of the popular Hollywood film “American Sniper.” A year prior to the film’s release, the magazine had done a profile of the real-life sniper, U.S. Navy Seal Chris Kyle, portrayed in the film by Bradley Cooper.

What was even more astounding about this article is that it was a long-form piece, and people clicking on it from Google were spending an above-average amount of engaged time on the article page — not typical!

The New Yorker re-promoted the article as backstory on the upcoming film release. They featured this article on the front page of their site, distributed it on social media, and saw excellent user engagement.

As a result, the evergreen article got on an uptick of visitors from new social sharing activity. The article was shared more than 5,000 times on Facebook and more than 900 times on Twitter. And all of this new activity happened without writing a single new word. It was simply recognizing an opportunity emerging out of the archive, and acting on it.

So there you have it. With the sheer amount of content being published nowadays, it is more important than ever for digital publishers to think smart about how to use information that they already have to make an impression with their audience.

Capitalizing on proven evergreen content is one way to reduce the pressure on writers and editors, and to provide audiences with content that resonates.