At Parse.ly, we value remote work culture, with employees all over the world in cities like Boulder, LA, and London. We’re spending the summer highlighting our remote employees and exploring their news/media diet in a series called “Locals.”

In this edition of Locals, we explored Boulder, Colorado. Having gained a reputation as a destination for liberal, outdoorsy young people, Boulder and the entire state of Colorado have an interesting political identity that comes with that reputation. For political journalists, that often means resisting the community values of your readership for a more balanced, independent report, even when it means receiving angry emails day and night.

Boulder is home to our Web Developer Caitlin McKenna. Because she works remotely here, we get glimpses into her life, but wanted to dive deeper into her city and the way local media tells its stories. 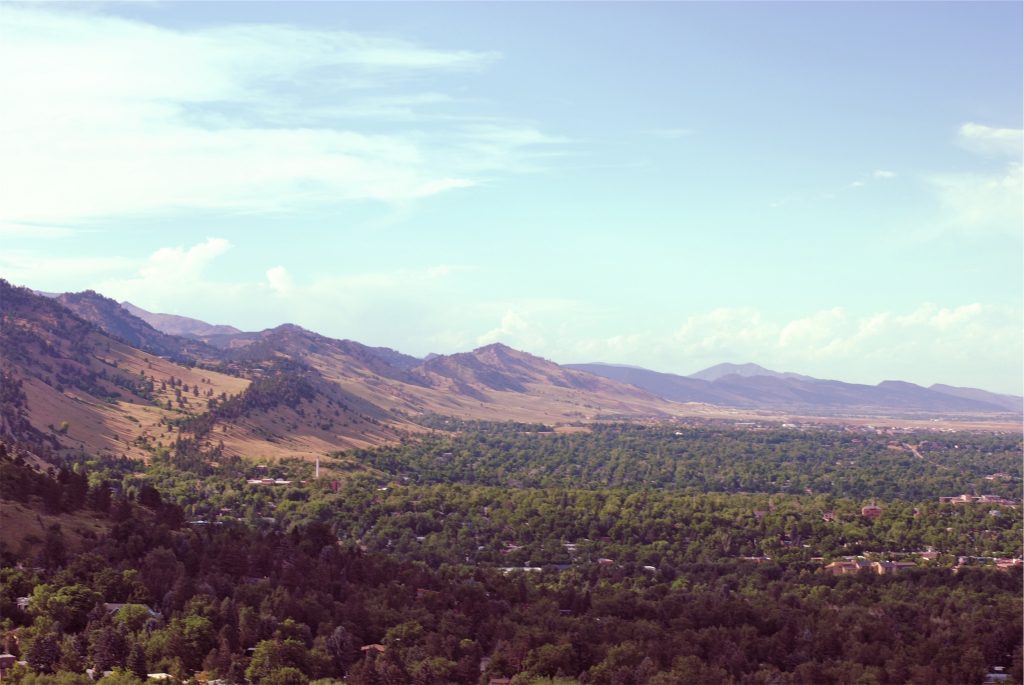 Image by Sarah Crutchfield via stocksnap.io

On our Hangouts we often find McKenna sitting outside on her back porch of her home, birds chirping, with her oversized sunglasses on. Having grown up in North Boulder, McKenna wasn’t one of the many recently swayed into living there, though she recognizes the tendency for newcomers to latch onto Boulder’s reputation. Titles like “Triathlon capital of the world” attract a specific type. “When people self-select to live here they skew the demographic in a way that makes it really easy to stereotype Boulder,” McKenna says. “People think everyone here is super yuppie, really fit, a rock climber or hiker, and spiritual. Or that no one does real work. And that’s not really accurate. But still, we’ve been on Outdoor Living’s best place to live for like five years straight.”

Get an inside look into our conversations with Caitlin McKenna and her lifestyle in Boulder in the video below.

What the Locals are Reading:  Political and Community News in Boulder

According to McKenna, the Daily Camera serves the Boulder audience as the go-to resource for city news and events. Daily Camera primarily covers Colorado stories– of their 18 drop-down tabs under the category of “News,” just one is dedicated to “Nation & World.”

But that’s not to say that Colorado residents should be the only ones reading what Daily Camera has to say. “News” also hosts two science and climate change sections, an education section, and an entire section dedicated to legalization and the weed business in Colorado. These are home to a number of articles that maintain their relevance far outside the city and state lines, contributing groundbreaking dialogues and coverage to global conversations. 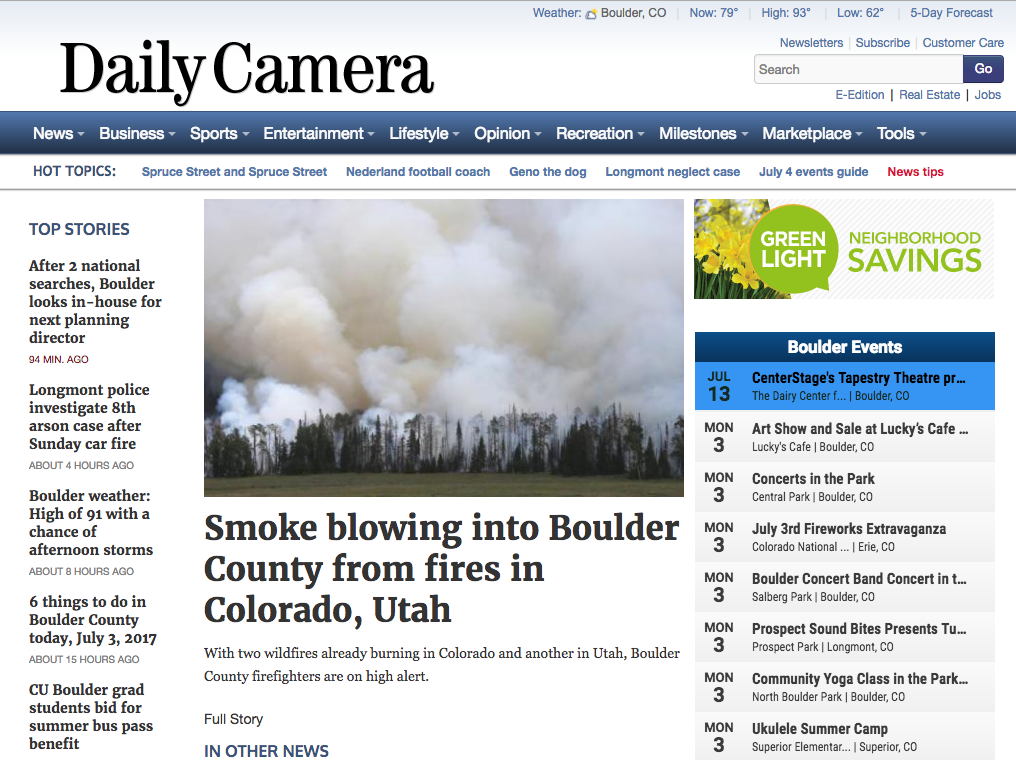 For Camera political columnist Jim Martin, local coverage plays a watchdog role for many causes that are relevant to the state interest but fall outside of its traditional scope. At Colorado University, for example, sexual assault allegations against a former football coach came to light after the Camera dug up an old police report from 2004. “It’s only been through the local coverage from the Daily Camera that we’ve been able to hold them accountable at all. Otherwise they’re getting a free pass,” Martin says. Outside of the locality of that issue, though, Martin recognizes the need for transparency from higher education institutions, the lack of which has underscored scandals far outside the reaches of CU.

And while local elections may seem to have a limited scope of interest geographically, Martin makes sure to include a “thread” in each of his pieces, a link to the bigger political picture. If political representation has a nesting doll effect, moving from the local election to the state legislature to federal Congress, political newswriters must nest their stories in the same way. Martin sees the second congressional district run as both the cause and effect of the campaign Bernie Sanders ran, and the populist movement in general. He explores gerrymandering in Colorado by imagining what the presidential race would look like if the tactic were used uniformly across the country. He creates interest in the looming national water crisis by instilling a sense of urgency at a local level; Boulder is among the leading cities in advocacy and public interest in water conservation. 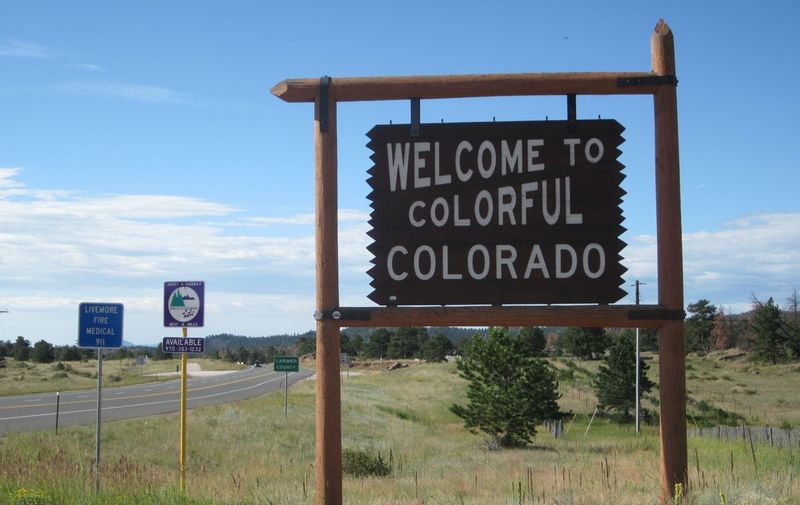 On the other hand, if the quintessential Boulderite is imagined as an environmentalist, both McKenna and Martin want to complicate the essentialism of that image. Sure, the scenery in Boulder alone is enough to make someone care about conservation; that, coupled with the booming housing market and the city’s newfound reputation as a cultural hotspot are chronicled in the extensive “Lifestyles” section of the Camera.

But more than feel-good pieces , these stories are the backbone to the political activism that underscores Boulder’s social fabric. They give meaning to the policies in place that preserve wildlife and green spaces, promote local commerce, and protect the arts. It is a compelling story about the Colorado Shakespeare Festival, a how-to video on high-altitude gardening and the garden beetle epidemic hitting Boulder, and interviews with small-business owners where Daily Camera really hits its stride. Without a challenging political dialogue and shared community values, the edenic Boulder so many are imagining wouldn’t exist.

For Martin, the appeal of living around like-minded people makes sense, though it runs the risk of making everything seem black and white. It’s a tough audience, an educated elite trying to do their best to hold their city and its representatives accountable.

To his Boulder readers, that accountability includes Martin, who, though progressive, identifies as an independent, a label that in liberal Boulder can feel like a brand. “I could be in 90% of the cities in this state and write anything I want, with far less scrutiny. But here I feel like I’m having an impact, because as smart as Boulderites are, as liberal and good-hearted as they are, they have to see the other side. If you want to try to write a political column—and you want to do it well—try doing it in Boulder, Colorado,” he says. Why? “Because you won’t survive very long at all. It’s so challenging, and that’s why it’s been good on my mind.”

From a state level, the journalism scene takes a similarly political tone. Caitlin introduced us to Marianne Goodland, a family friend and political journalist who’s a bit of a digital nomad herself, working primarily between three office locations for The Colorado Independent. 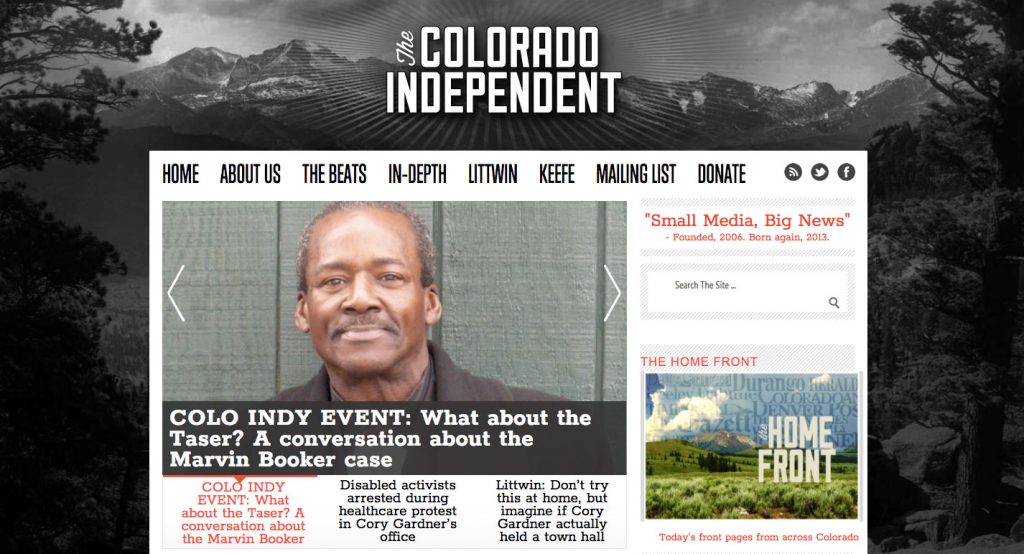 The Colorado Independent Homepage on July 3, 2017

Though she’s worked at several publications throughout Colorado, her focus has been almost exclusively political. During the legislative session, she dedicates 100% of her coverage to the political beat, but even when the legislature isn’t in session, about 50% of her stories are about politics. Goodland contributes to several weekly publications that offer what she calls “hyper-local coverage” on laser-focused topics like agriculture, water, and education. However, her primary work with the Independent covers issues from a state perspective.

“If we write about national issues, we write about it to pull in the Colorado connection,” Goodland says. “We don’t just write about things like the James Comey testimony, for example. If we write about that, it’s going to be about what the impact is in Colorado and how people reacted, from our representatives to our governor to the guy on the street, if he’s paying attention to that news. We’re not The New York Times, we’re not The Washington Post; that’s not the kind of news we’re breaking and people don’t come to us for that.”

Though Goodland isn’t a Boulder native, she recognizes the same tendency for outsiders to mischaracterize Coloradans that Caitlin sees, especially working for a publication that is explicitly and intentionally independent in its reporting. “It is a fascinating state to be a journalist in. Admittedly, Denver and Boulder are very liberal. But you get outside of that area and you’re going to find a lot of diversity of opinion,” Goodland says.

For Goodland, working for a state publication comes with the added benefit of zooming out from the focus of local news, the reporting of which could create an echo-chamber in much the same way it could too easily caricature Boulder residents. But at the end of the day, it may be the same apparently liberal ideals that are actually the underpinnings of proudly purple swing-state values Coloradans hold onto: “We are independent thinkers. We don’t like one party-authority here. And that forces us at The Colorado Independent to really remember who we’re writing for.”