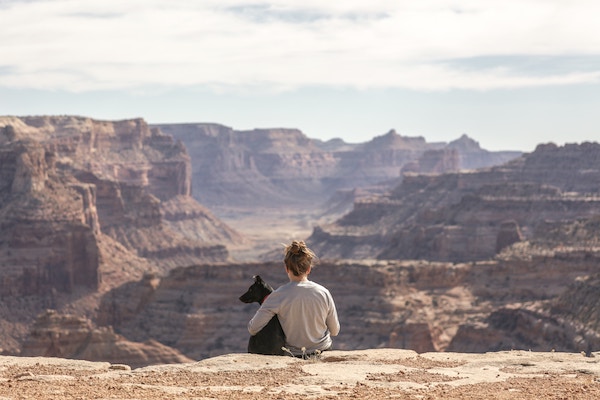 Cultivating and monetizing loyal audiences has become a focus for media in 2017. HuffPost, for example, recently went through a redesign with loyalty top-of-mind and The New York Times saw a 46% increase in digital subscriptions in Q2 of this year compared to last.

Though scale hasn’t fallen to the wayside, direct reader support is becoming integral to organizations’ success, whether it’s through subscriptions, events, or other channels.

For their part, audiences seem to be responding to—or perhaps signalling—publishers’ push for loyalty. According to the Reuters Institute’s Digital News Report 2017, the numbers of young Americans (age 18-24) paying for online news is up from 4% in 2016 to 18% in 2017.

We asked Jim Brady, CEO and founder of Spirited Media, and Melissa Gilkey, VP of Growth at Upworthy, what a loyal audience means to them and how they value their engaged readers.

For Brady, “[Loyalty] means the future.” Spirited Media, which manages local news outlets Billy Penn in Philadelphia, The Incline in Pittsburgh, and Denverite in Denver, is launching a membership program this fall. Brady believes that organizations will continue to move towards models where consumers fund journalism.

Growing an engaged audience doesn’t necessarily mean scale falls to the wayside. As Gilkey said, “What scale doesn’t mean to me is the opposite of loyalty.” Brady agreed, noting that certain aspects of the business can scale while others foster loyalty. Spirited Media is scaling technology, while loyalty is the key tenet of audience development.

Gilkey asserted that “starting with a small core, rabid audience is not a bad play at all…but you have to be intentional” and enable those users to help you grow. There will always be quick growth hacks, but publishers have to ask themselves, as Gilkey said, “Did I really grow an audience or did I just get fly-bys?” And if users are bouncing, are they really your audience?

For some media companies, the upside of scale is the larger the reach, the greater potential for diversified revenue opportunities. In 2018, Upworthy will launch an events series because of unlocking scale, which caught the eyes of agencies and allowed them to start building an event program.

Finding the value in loyalty: How Billy Penn created an events program

Spirited Media has also found success with events, which they’ve made a core tenet of reader engagement. Brady noted the newspaper industry struggles to connect with loyal audiences in general. Spirited Media operates within that void, rethinking how to communicate with people at a local level.

According to Brady, 60% of their revenue comes from events. “We decided we had to have a model that was based on events,” Brady said, “which would mean people showing up, getting to know your staff, people feeling a connection.”

Billy Penn makes an effort to host events that appeal to their under-35 target audience. People in this demographic “want to just go meet other people of their generation” over “a couple of drinks and some free food.”

In order to build a meaningful relationship with the community, events are structured by tiers. First, a sponsored event might catch locals’ attention—a watch party around a debate, sports event, or big local news story, for example. Once people are familiar with Billy Penn, they’re more likely to attend a small paid event like a scavenger hunt. The final tier for an engaged Billy Penn event-goer is to attend a $40-a-ticket gala.

Whether the content in question is an event, a post on social media, or an article, one thing is true for any publisher: engagement, as Gilkey said, “comes down to really good, quality content.”

At Upworthy, content marketing and video advertising are the two strongest revenue streams. How the audience engages with content is just the first step; Gilkey explained that community management is critical for Upworthy.

Brady echoed the importance of all feedback. “The unappreciated part of having a loyal audience?” he said. “They’ll tell you when you screw up.”

To create great content, publishers need to find a niche and own it. As Brady said, “There’s not too much content out there. There’s too much same content out there.” The industry is starting to see more business move into niches, and that’s a good thing—there are a lot more options for consumers. “That transition’s going to take a while, but I think we’re seeing it,” Brady said.

What’s going to help publishers identify their niche? “Data is a huge component of that,” Gilkey said. “It’s a non-negotiable. You have to use it when you’re creating a strategy. And there’s so much out there, so much potential to unlock.”