Media could double the amount of subscribers in 2018

Home » Media could double the amount of subscribers in 2018 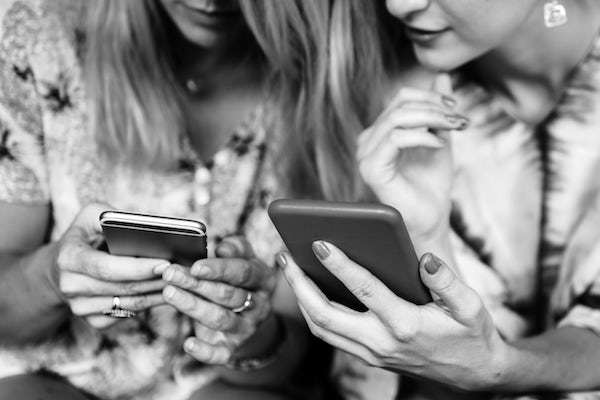 War metaphors are common in the way we talk about the attention economy, encapsulated in headlines like: “The battle for consumers’ attention” (The Economist); “The media war for your attention” (Axios); and, recently, “Future of Tech and Media: Waging a War for People’s Time” (The Wall Street Journal).

Like in American Gods or Wonder Woman, it can seem like the forces of good (media companies) and evil (clickbait? Facebook’s algorithm?) are fighting outside of humanity’s awareness or control, even as the outcome directly impacts their fate. But when we don’t really understand the people looking at their screens and picking up their papers—the audience—that’s when we lose their attention.

WSJ’s “Future of Tech and Media” piece covers key findings from Activate about “super users” and subscriptions that highlight the agency and inherent value of consumers in the attention economy. According to Activate’s 2017 Consumer Tech & Media Research report:

43% of Americans subscribing to a top U.S. newspaper or local newspaper are willing to spend more on their current news subscription.

Let’s break down the most important parts of the research, and what it tells us about how we need to think about super users, subscriptions, and the media business in 2018.

Pay attention to the people paying the most attention

Following the 2016 election, many publishers saw a “Trump bump” of digital subscriptions, which may now be waning. As Activate reports, only 1% of people in their analysis were “quite likely” to pay for news in the next year, while 6% were somewhat likely and 9% were ambivalent. 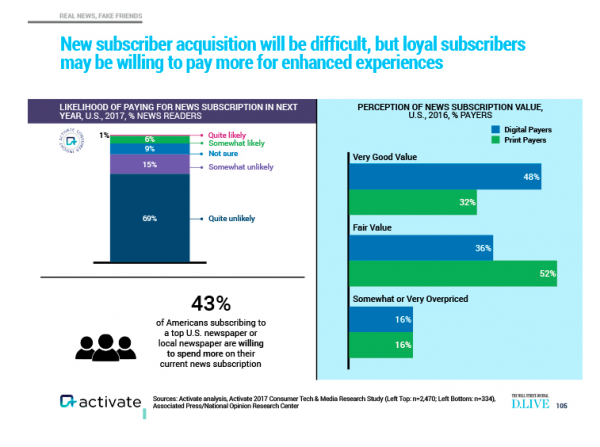 However, the most potential for continued growth lies not only in acquiring new audiences but in engaging and retaining current audiences. Half of the news reading population are potential targets to become subscribers. 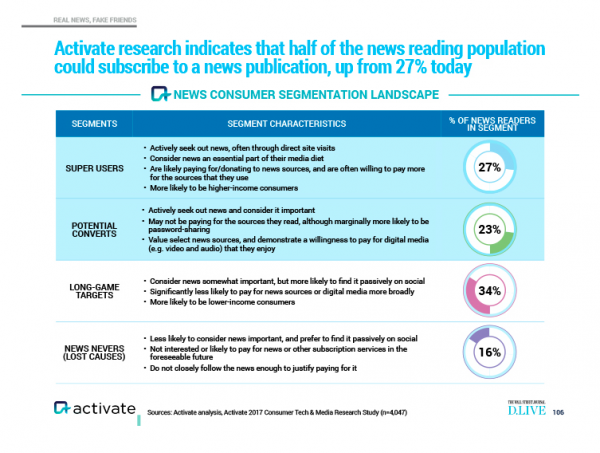 Activate concludes from their research that “Super Users are in the vanguard of behavior and usage.” Analyzing super user behavior can help publishers forecast trends and plan growth strategies.

The link between super users and potential revenue translates to audio, too. The top 25% of audio listeners are super users with over three hours of daily audio attention. These audio super users account for nearly half of all consumer spend. 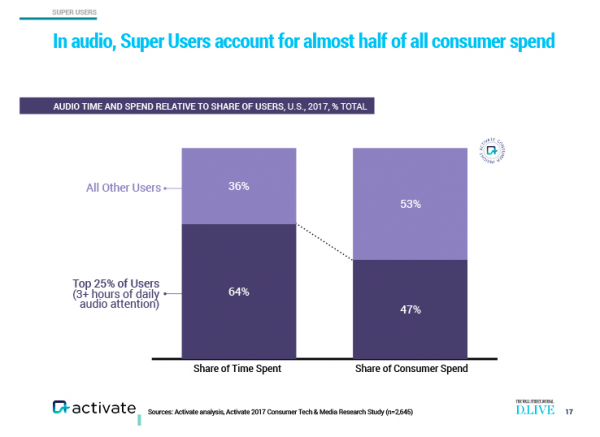 Across the media industry, organizations are turning their focus to subscription models. Activate projects that “subscriptions will be the primary revenue model, accounting for over half of consumer Internet and media growth” by 2021. 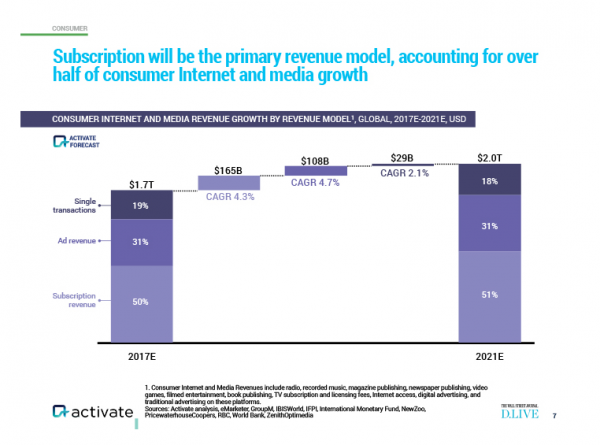 Legacy publishers with their origins in print are already seeing success from subscription programs. Digital subscriptions drove one-quarter of revenue on average in the first half of 2017 for 20 publishers surveyed in a recent study from Digital Content Next. These publishers also have a major opportunity for continued growth by focusing on preventing “churn,” or subscriber attrition, seeing as 30% of subscribers fail to renew annually. 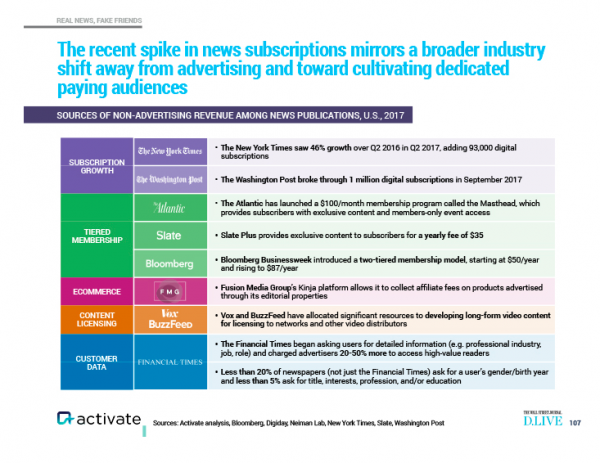 But what about local news? While national organizations are already seeing success and planning subscriptions programs for the future, local news outlets like Spirited Media are building membership programs, too. Research from the Columbia Journalism Review found that small-market newspapers with a circulation below 50,000 are experimenting with diversified revenue streams from paywalls, subscriptions, and events.

Digital-first outlets are also honing in on subscription programs. In the chart above, Activate highlights Slate as an organization with an established tiered membership program, Slate Plus. Driving subscriptions translated to creating engaging content, including podcasts and newsletters, and doubling down on comment moderation—ultimately, a focus on engaged time.

Anna Gilbert, Slate’s director of research, explained, “We think that those everyday visitors, or those twice a week visitors, are…worth far more than drive-by visitors who quickly leave the site.”

Half a day with digital media

People spend about 12 hours a day on average consuming digital media, according to Activate’s report, including time spent multitasking. By 2021, they project Americans will spend an additional 18 minutes with tech and media daily. 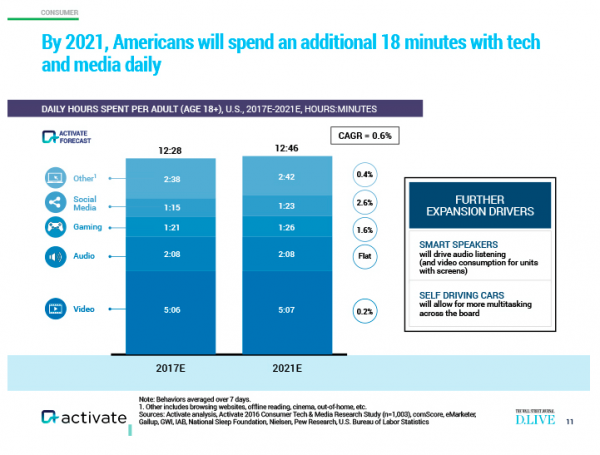 One key takeaway is that it’s up to audiences—the super users, the potential converts—to spend their time where it counts. On an episode of the podcast Lovett or Leave It, NBC correspondent and MSNBC anchor Katy Tur appealed to the audience to be conscious consumers of news:

As audience members we can assert our interests by paying with our time (and maybe even our money) to support the news we trust and the entertainment we enjoy.