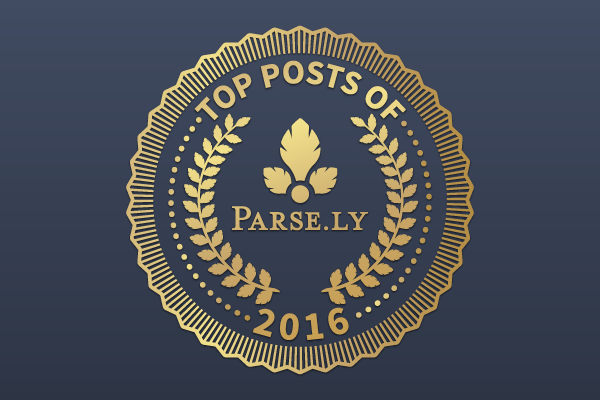 At the end of the year, we tend to look back at the work that has changed the way we see the world. From Columbia Journalism Review’s favorite pieces of journalism, to the New York Times‘ Year in Pictures, to Parse.ly’s own compilation of top blog posts, year-end lists serve to reinvigorate the media industry in the year ahead; after all, it is pretty inspiring to see the year’s best content gathered in one place.

Last year,  600 billion user actions occurred on our network (e.g. pageviews, mobile views, long scrolls/reads), which includes more than 1,000 digital media sites. Here, we’ve assembled one of the industry’s only data-driven lists of the most trafficked pieces of digital media in 2016 to see what drove the most engagement and attention online.

This week, we decided to notify our customers if their posts appeared in the “top posts” list for 2016.

2020 update: if you’re interested to benchmark your traffic against your own historical data or the wider Parse.ly network, you can check out our benchmarking feature or our research tool, Parse.ly Currents.