By Mackenzie MeyerSeptember 3, 2019No Comments 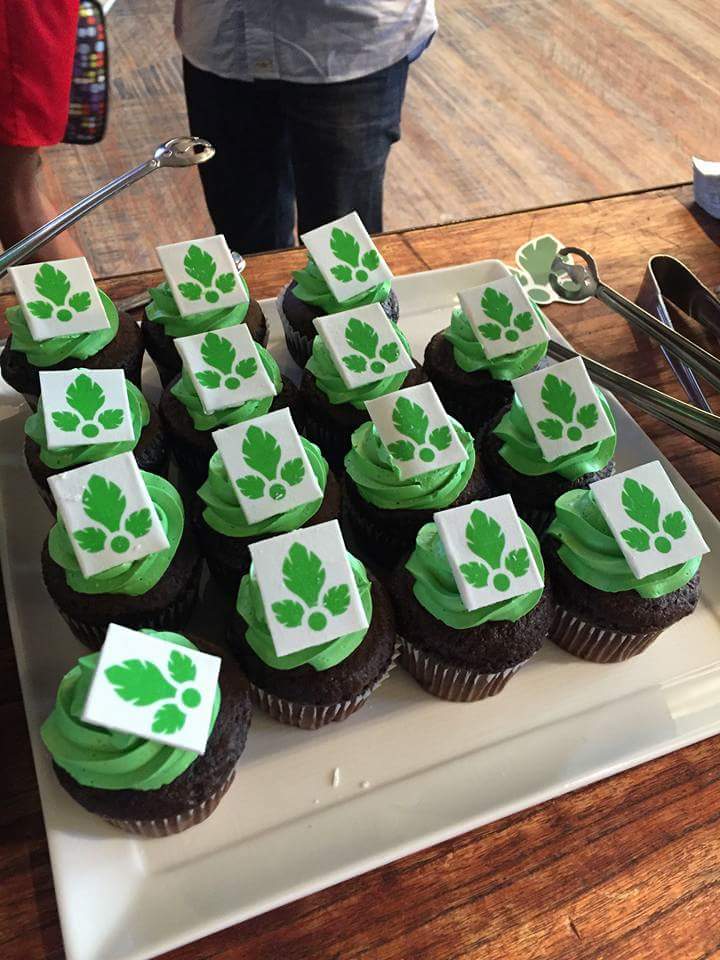 You hear the sound of jazz, smell fried dough and melting sugar, and see people laughing, dancing, and generally having a good time. So where are you?

The Parse.ly booth at the Online News Association’s annual gathering —ONA19 — of course!

For the past several years, Parse.ly has been a staple at ONA. We’ve come not only to fill you up with some delicious (green) food, but also to talk data with you. This year, at ONA’s 20th anniversary gathering in New Orleans, we have three reasons you should see us when we’re there:

As always, Parse.ly will provide a bunch of delicious treats throughout the conference. In previous years we’ve offered donuts, macaroons, breakfast tacos, and mini Key Lime pies. This year, look forward to a mix of sweet and savory snacks (though let’s be real, a few more sweet than savory!) and some with a New Orleans twist. We’ll have snacks six different times throughout the event (12:00 p.m. and 3:30 p.m. on Thursday (9/12); 10:00 a.m., 12:30 p.m., and 3:30 p.m. on Friday (9/13); and 11:00 a.m. on Saturday (9/14). Can you guess what we’ll be serving up? If you have a few ideas, email mack@parsely.com. The person with the most correct answers by the end of the week (9/6) can stop by our booth on the first day of ONA and pick up a special treat! 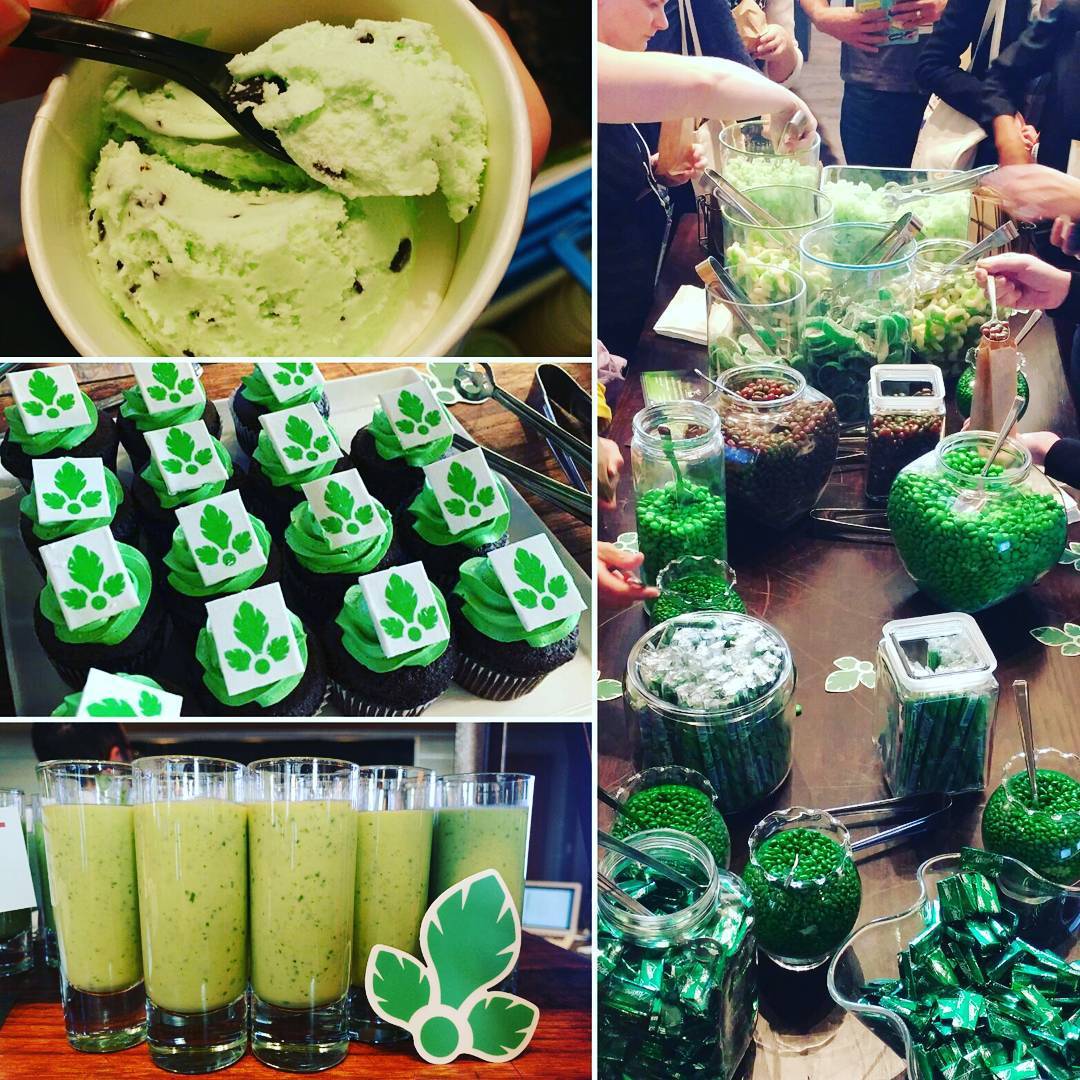 When you stop by the Parse.ly booth to grab a bite to eat, make sure to enter to win one a portable charger to keep you going throughout the conference, or a pair of airpods, for Sunday when, if you’re anything like us, you’ll want complete solitude! We’ll do drawings on Thursday and Friday evening, so make sure to stop by before then.

Also, as always, we believe it’s important to give back to the community that’s hosting us for a few days. Sticking with the “green” theme, Parse.ly will donate $1,000 to Green Light New Orleans if we rack up 300 scanned badges by 2:00 p.m. on Saturday. Come make a difference with us!

Once you’ve filled up on food and helped push us toward our goal (and enter yourself for a prize!), you’ll likely want to talk to someone, now the question is who. Check out the Parse.ly people who will be in NOLA this year:

Who: Ben Probert, content coach
Interests: Hockey, the Yankees, exploring new cities, politics, and content analytics.
Reason you should talk to him: One of the first account managers at Parse.ly, Ben has worked on the front lines helping hundreds of publishers build and refine their content strategy.

Who: Claudia, data enthusiast
Interests: Cooking, sports (playing, not watching), all dogs, and data.
Reason you should talk to her: Interested in finding out what’s holding people’s attention? Talk to her about the trends we’re seeing in Parse.ly data. Also, after four years living in NOLA, she can tell you the best restaurants and live-music bars around (Hint: they’re not on Bourbon!)

Who: John Levitt, Mr. ONA
Interests: Florida Gators, playing basketball, business strategy, hanging with my two boys (5 & 1), and ONA of course!
Reason you should talk to him: If you’re anxious about networking, John is happy to introduce you to others that he’s met over his 7 straight years attending ONA. Parse.ly’s General Manager and ONA NYC organizer has a lot to share about how organizations are using audience data to inform their strategies, execution, and user experience.

Who: Kelsey Arendt, numbers nerd
Interests: How people find information online, SQL, and New Orleans soul (NOLA is her favorite).
Reason you should talk to her: Kelsey is usually elbows-deep in Parse.ly’s network and product data. Ask her about this year’s trends and what they mean for you. Hiring a data team, or trying to level up your skills? She’ll have some pointers.

Who: Mackenzie Meyer, events pro
Interests: Green food themes, list-making, Broadway musicals, her niece, nephews, and cats!
Reason you should talk to her: Are events part of your strategy? Ask her how she uses data to plan events that generate audience engagement and revenue.

Who: Nick Milne-Home, the revenue guy
Interests: Photography, theater, art galleries, live music, and staying fit.
Reason you should talk to him: Looking to grow a sales team? Talk with Nick about how he’s found success growing revenue with lean, data-driven teams.

Who: Ryan Clover, audience segment rockstar
Interests: Music production, DJing, film, literature, art, food and drink.
Reason you should talk to him: Having come from the music and digital publishing worlds, Ryan is new to Parse.ly but brings a fresh perspective to content and digital strategy.

Come check out our data-whiz, Kelsey Arendt speak on a panel about tool fatigue with CrowdTangle, Social News Desk, and GateHouse Media on September 13th at 10:00 a.m. Can’t make it to ONA, but interested in what we have to say? Check out our blog post on the subject here.