Q&A with Dan Lyons, on which metrics actually matter to writers

Home » Q&A with Dan Lyons, on which metrics actually matter to writers

The upheaval of the  media industry has been accompanied by well-publicized worries that measuring writers’ performance using data will lead to creative decline.  Some publications  make a point of shielding their writers from this data, while others compensate on various metric benchmarks. This debate has been largely among editor ranks, so we wanted to hear directly from writers  about how they feel when they see data on their article performance.

At Parse.ly we interact with a wide range of people within publishing organizations, from analysts and editors to product managers and writers. In our Q&A posts, we’ll share insider’s thoughts about how data and analytics applies to the editorial world by going straight to the source. 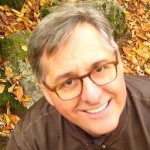 Dan Lyons is the marketing fellow at HubSpot, a Cambridge, Mass., software company. He is also a blogger and recovering journalist, having spent years writing and editing for sites including ReadWrite, Newsweek and Forbes. HubSpot relies heavily on marketing metrics, which made us curious about the differences and similarities between the role of analytics for writers and for marketers.

Parse.ly:  You’re brutally honest about the sheer rush of watching an article you wrote skyrocket, and how addictive that is for a writer. Can you elaborate on  that feeling?

DAN LYONS:   In  print you never really knew if anyone was reading your stuff. I suppose it’s like writing a TV show and watching the ratings.

What kind of information would you find most valuable in real-time?

DL: I’d look at page views as a kind of raw measurement. But social shares are important too, and I like to see which network is driving traffic. Sometimes it’s LinkedIn, but for other stories it’s Facebook or Twitter. Certain things seem to do better on certain networks. On a long term scale I think it’s valuable to look at patterns — which stories worked best on which networks.

What are some ways in which bloggers at HubSpot “slice and dice” data and what kind of information they are looking to glean?

DL:  We get really detailed report from our editor who oversees analysis. We see page views, and leads, and then we see leads broken into customer segments, eg we got 186 of this kind of lead, 276 of this kind of lead, etc. Our blog has multiple “channels,” so we can see traffic and leads for each channel. As a journalist I was only looking at uniques and page views, and I think that was sufficient.

Which metrics do you see as leading indicators for brand journalists or companies writing primarily for lead gen?

DL: Same as everyone, you’re looking at page views and unique visitors. I wish there were better metrics for measuring engagement. Right now it’s hard to tell a committed reader who shows up every day from someone who just happened to randomly bounce in from a Google search and will never come back again. It’s also not possible to tell which readers are actually likely to buy our software v. ones that just bounced in from a search.

Dan’s comments  touch on the  wide range of metrics possibilities, and the fact that we’re just scratching the service of how editorial can get value out of them, the same way marketers get out of segmentations. Which segmentations would journalists value? Heavy readers? Most engaged?

We’re always listening and learning how publishers use Parse.ly and in turn we share that knowledge with you. You can hear our insights next at a free webinar we are hosting with the Online News Association on April 30th at 1PM EST. Join us!