Readers are “Feeling the Bern”

Home » Readers are “Feeling the Bern” 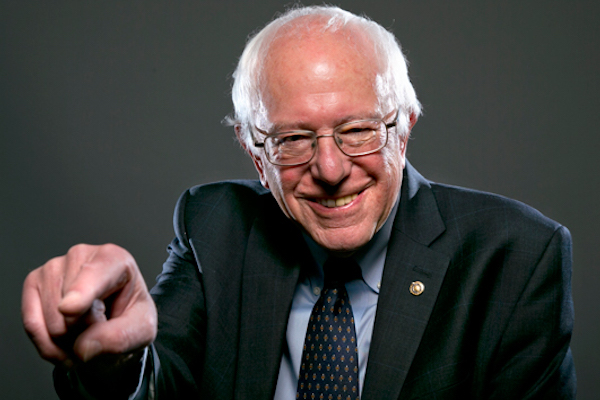 Parse.ly recently uncovered new evidence suggesting that the public is not especially interested in reading about Donald Trump, despite the media’s persistence in covering his bid for the presidency.

Our election dashboard is automatically updated each week with new traffic data.

Take a look at the data here

However, statistics on page views, alone, omit too much context; they do not show us a complete picture of reader interest. So, we decided to further break them down by referral source to see what additional information we could uncover.

The amount of attention a candidate receives from readers depends on many factors, such as how prominently editors choose to feature the candidate on their homepage, how often readers search for the candidate on Google, popularity on social networks, and how many advertisements point to content on the candidate. Editors, public relations specialists, and sponsored ad campaigns are often accused of manipulating the public to focus “unfairly” on one candidate over another.

In taking a closer look at the referral sources for top candidates in the 2016 Presidential election, the Parse.ly team wanted to see who has benefitted most from editorial decisions, popularity on social platforms, advertising, and reader interest via search engines. The charts below* help tease these factors apart, which we’ll discuss in the following sections.

*All data is derived from an analysis of more than one billion page views across more than 100,000 articles from Parse.ly’s network of digital publishers from November 2, 2015 — May 15, 2016. Our election dashboard is automatically updated with new data on a weekly basis, and therefore may not match these numbers. Sanders articles drive the most organic traffic per article

By focusing our attention on the search and social referral traffic in the charts above, we are able to take a closer look at organic reader interest — driven by individual readers’ search queries and decisions to share articles on sites like Facebook. You’ll note that a typical article on Bernie Sanders received significantly more organic traffic than a typical article on any other candidate.

There are other plausible explanations for Sanders’ popularity in search and social. For example, one could speculate that Sanders has a small but extremely active set of supporters who very actively use Google, Facebook, Twitter, etc. to discover and share articles, creating a small but influential echo chamber.

The only way to rigorously explain why Sanders got more organic page views would be to run a complex randomized experiment along the lines of the one that Facebook ran last year. Incidentally, in that study Facebook found that most users are not trapped in an echo chamber, and about one quarter of the articles in a user’s news feed represent an opposing political ideology.

Even without running such an experiment, journalists can still take away the insight that articles about Sanders received the most search and social referral traffic. Such traffic is especially coveted by publishers because it brings external readers to the publisher’s site — traffic which they would not otherwise receive. Internal referrals, on the other hand, come from readers already on their site.

What’s “love” [from your newsroom] got to do with it?

If our theory about Sanders is true, then he might have received even more page views than Clinton if his articles had been given the same priority  from newsrooms’ editorial staff. Do you work in a newsroom? What do you think about the type of coverage — and the subsequent promotion of this coverage — that Sanders received from your team?

Weigh in via the short  poll below.

A note on sponsored referrals

While sponsored referrals made up a tiny share of referrals overall, they are interesting because they reveal that some candidates are benefitting more from inorganic, paid-for views. These referrals are pretty mysterious because we don’t know who paid for these views — it could be that publishers paid for them, campaigns paid for them, or other benefactors paid for them. As you can see in the chart above, sponsored referrals were by far most important for Hillary Clinton and Ted Cruz, and least important for Bernie Sanders and John Kasich.

Are you interested in taking a look at Parse.ly’s data to see what trends you could uncover?