By Megan RadognaDecember 11, 2018No Comments 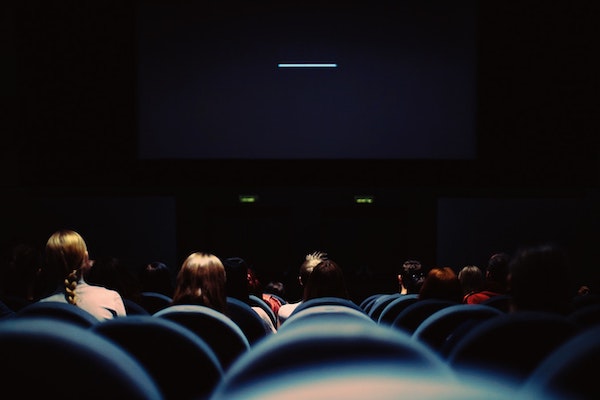 Earlier this year, we proved that high page views to online articles about movies correlates to box office success. Knowing online attention connects to a real world impact, I started wondering about publicity: what kind of early publicity makes an impact on a film’s ultimate success?

From sequels to biopics, there was a lot going on at the box office in November. Using Currents, I checked out page view data for articles about three movies that opened last month: Fantastic Beasts: The Crimes of Grindelwald, Bohemian Rhapsody, and Creed II. What stood out to me is that press mentions, social chatter, and SEO matter for films leading up to their release.

Sequels and the box office: The Crimes of Grindelwald and Creed II

Two months before the film hit theaters, Warner Brothers released a trailer for the Fantastic Beasts sequel with a major revelation. Questions abounded, from concerns about the Nagini twist to casting choices. Outlets like HuffPost, Slate, and The Wrap wrote stories about the movie.

For three days after the trailer was released, from September 25 – 27, social media drove 43% of traffic to articles about the film. Social media platforms that were influential in driving traffic included Facebook (40% of views), Twitter (3% of views), and Instagram (1% of views).

Over that same time period, there were 44 daily articles viewed about The Crimes of Grindelwald—five times the norm. Fast forward two months, and attention surged once more around the time of the film’s release. Accio galleons. 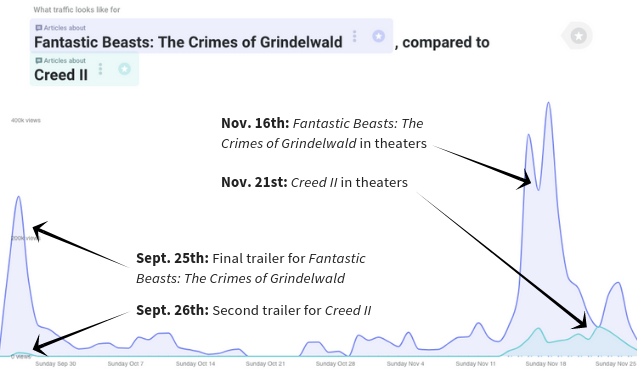 Page views to articles about Fantastic Beasts: The Crimes of Grindelwald and Creed II, September 24 – November 27, 2018

Compare this to attention for articles about Creed II. Of this group of films, Creed II had the lowest opening weekend revenue and less attention paid to coverage around the time of the release of a second trailer.

This matches the pattern we saw when we studied movies from 2017 and their box office returns. Analyzing reader interest in articles about movies online showed that more readers correlates to more money at the box office. While it’s possible for a small selection of articles to receive a large amount of page views, it’s a safe bet to say more articles written about a film doesn’t hurt your chances of connecting with more readers.

“Can anybody find me somebody to love?” and other search terms related to Bohemian Rhapsody (I’m guessing)

For the combined week prior and week after the release, the list of top external referral traffic sources shows the power of search: 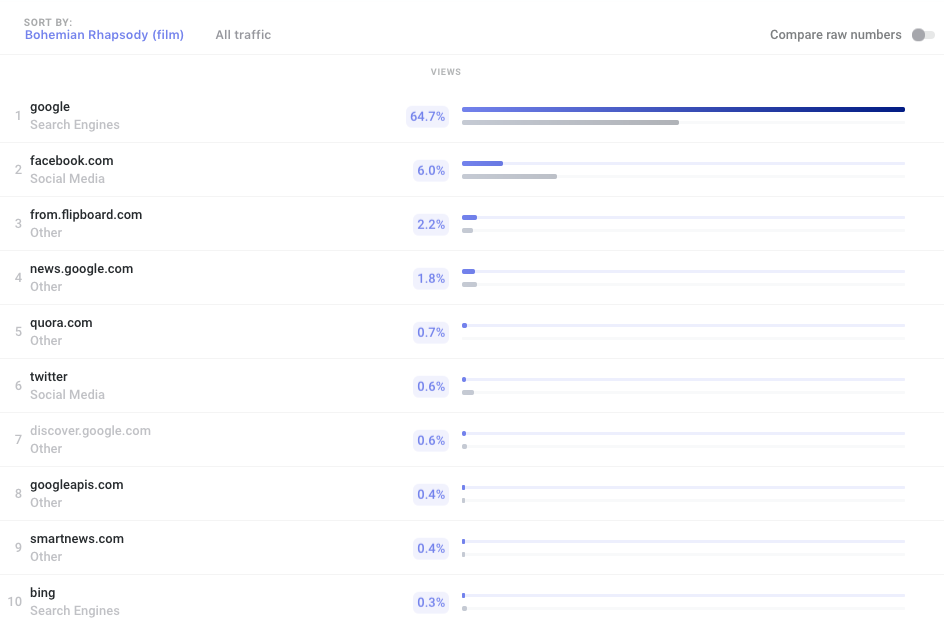 While other search engines, like Bing, and question-and-answer website like Quora also make the list, Google Search sent the bulk of traffic to articles about Bohemian Rhapsody. According to Google Trends, the top five related queries for the movie from October 26 to November 8 were:

For questions about everything from runtime to reviews, it makes sense that people would be inclined to turn to search engines. Covering movies or looking to get coverage? Make sure these are the types of questions being answered.

Online attention as a lens into real-world impact

When it comes to movies, getting the conversation going online in the months and weeks before opening weekend can yield better results at the box office. 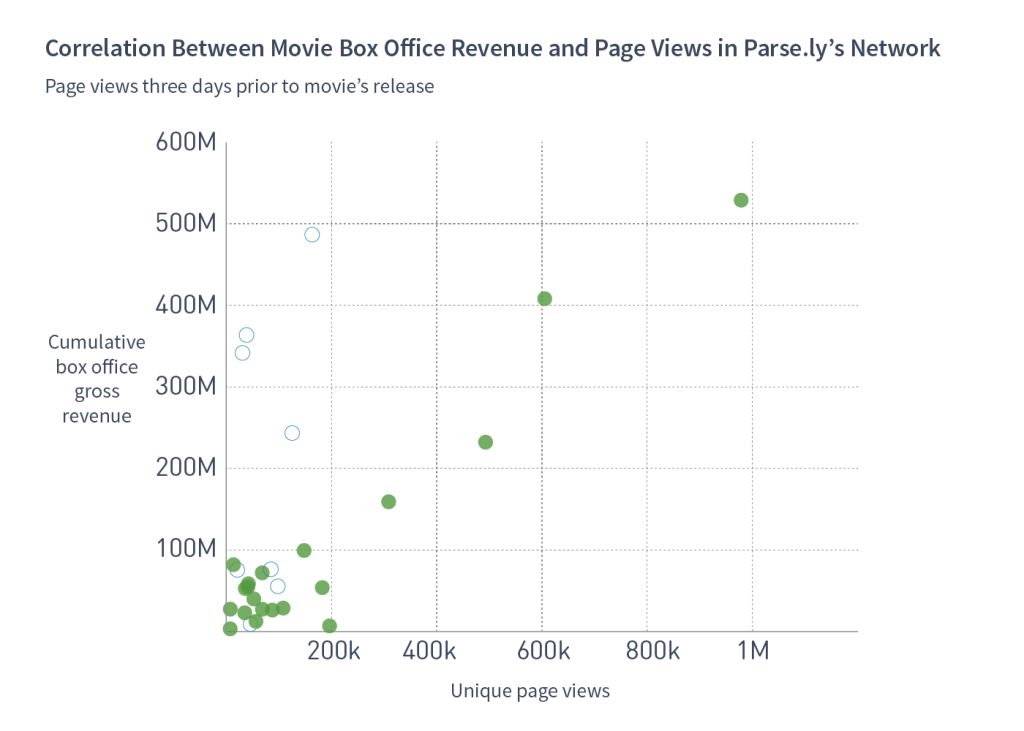 This serves as a good reminder that the main goal should be to get people to read about a movie, period. Whether that’s from social networks buzzing about a surprising trailer or searches for the true story behind a plot line, there are a number of ways to approach getting more attention.

Any way you do it, the data shows that your efforts will pay off when it comes to movie revenue success. And while this post only takes movies into account, it’s also a reminder to keep an eye on online attention data and foster readership before any kind of launch.

Now I’m off to buy my tickets for Mary Poppins Returns. 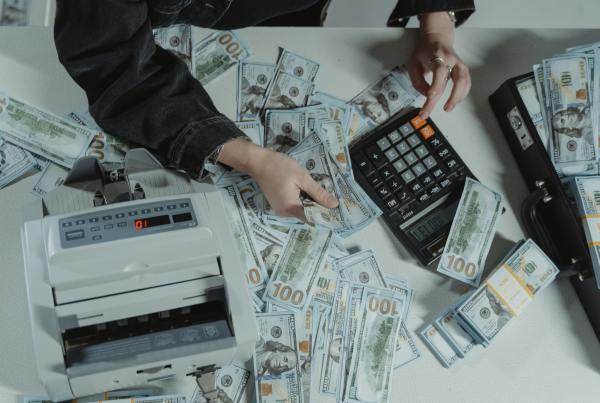