Survey Says: Monetization Will Be Digital Media’s Biggest Challenge in 2016 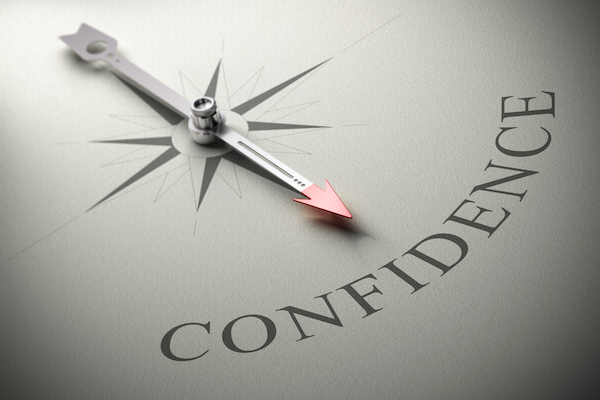 When it comes to discussing the future of digital media, there are a few voices that the industry looks to (with good reason!) like Ken Doctor, Mathew Ingram, Lucia Moses, and others.

But what do the people working “in the trenches” every day think? We wanted to get the pulse on  the most important trends that the digital media industry encountered in 2015, and check to see what is  expected in 2016.

To do this, the  Parse.ly team recently distributed an  end-of-year survey to learn more about the state of the digital media industry. We received hundreds of responses from media companies across the country and world. Find out what they had to say below!

Although digital publishers experienced a relatively tumultuous year: from the  platform dominance of Facebook to the  ad-blocking apocalypse, respondents were unwavering in their  level of confidence in the digital media industry when looking to the future. Respondents averaged 6.51 on a scale of 0 to 10 – with 0 representing “Not Confident” and 10 representing “Very Confident.”It is interesting to note that these professionals are expecting much of the same from 2016 – 6.58 was the average response using the same scale.

The industry is in a state of flux, but writers, editors, site managers, and technologists are working diligently to find solutions, and these numbers represent their confidence in investigating what business models will sustain journalism in 2016. Confidence levels have not dipped drastically because these innovators are on the front lines, pushing forward — and although the industry is still facing many challenges — actively working on solutions.

“They always say time changes things, but you actually have to change them yourself.” — Andy Warhol (tweet this)

As a technology and analytics solution working with many of these people, it’s  gratifying to see so many digital publishers working to change the industry for the better. Parse.ly, alone, has seen nearly 200 new digital publishing clients sign on since this time last year. These users represent 5B+ page views/month and 1B+ unique visitors/month, and are proof that the media industry is adapting to the challenges and opportunities that digital brings.

A Future of Mixed Revenue Streams

Perhaps the most surprising result of our end-of-year survey was the fact that 46 percent of respondents made money primarily through traditional advertising in 2015. That number, according to respondents’ 2016 predictions, will likely decrease by 37 percent to just nine percent in 2016. Given the more widespread practice of ad-blocking in 2015, it makes sense that traditional advertising would be on the decline. However, one surprise here is the seven percent decrease in organizations planning to use native advertising to make money in 2016.

Did we prematurely buy into the hype about native advertising in 2015?

After facilitating a panel discussion on the economics of digital media in August, the Parse.ly team wrote about four ways for media companies to monetize, including native advertising:

“The New York Times does it. CondÃ© Nast just started doing it this year. The Huffington Post has been doing it for several years. The big names in media are all over native advertising, often opening in-house digital advertising studios. It’s no wonder; spending on native ads is projected to reach $7.9 billion this year, and grow to $21 billion in 2018, according to Business Insider.”

Yet, despite all of the industry noise around native advertising and the use of paywalls or subscriptions to keep publications afloat, only 11 percent and eight percent of respondents to our end-of-year survey, respectively, are anticipating seeing either  of these strategies as the main source of revenue.

The Shift from Mobile to Monetization

When recently asked whether ad-blocking would be the biggest challenge for digital publishers in 2016, Forbes’ Gianni Mascioli said the following:

“Right now, there are other more pressing challenges that most publishers still haven’t completely figured out: changing goal posts on viewability, high page load times, and mobile-first thinking among them.”

Mascioli’s musings were representative of the feedback of 33 percent of Parse.ly’s survey respondents, who considered “mobile overtaking desktop traffic” to be one of the most notable trends in digital media in 2015. And although it is becoming increasingly important for digital publishers to figure out how to distribute their content effectively in the new digital media landscape in 2016, the most anticipated challenge reported by our survey respondents was monetization.

Sixty percent of digital publishers think that monetization will be their biggest challenge in 2016. (tweet this)

According to the WIPRO Council for Industry Research:

“Publishers have begun to realize that ‘traditional’ digital content monetization approaches are under pressure due to various economic, social and technological factors within and outside the publishing industry. Therefore, the key to successfully monetize their content is to experiment with different models and constantly evolve.”

How did reality compare to expectations in 2016, and what can we expect in 2017? Learn what digital publishers had to say in the most recent survey.