Who’s in control? Taking back ownership of your audience

Home » Who’s in control? Taking back ownership of your audience

In research conducted by the Tow Center for Digital Journalism at Columbia Journalism School, “newsroom personnel at every level expressed anxiety about loss of control over the destination of stories, the power of their brand, and their outlets’ relationship with the viewer or reader.” The consequences of a lack of control include challenges like monetization and data transparency.

By forging direct ties with readers, publishers are able to better understand, through data, what content resonates with their audience and develop products that meet their needs—and keep them coming back. We asked media professionals about how they are taking back ownership of their audiences.

Through email in particular, publishers are able to own the relationship with readers rather than relying on algorithm-driven platforms to mediate it. For example, HuffPost transformed their generic parenting newsletter into one that is more targeted toward progressive parents.

After looking at onsite data, they learned that they had a conservative-leaning audience looking at parent content on the site. However, that same content wasn’t resonating in the newsletter. “It was pretty generalized. No one was really engaging with it in a way we wanted them to. The newsletter just wasn’t thriving,” said Alexandra March, Newsletter Editor for HuffPost.

Their audience team created a group on Facebook called “So You Want to Raise a Feminist,” meant to be a space for the more progressive parents. After looking at audience demo data and finding a lot of their newsletter subscribers identified as progressive, they extended the progressive content into their newsletter to improve engagement. 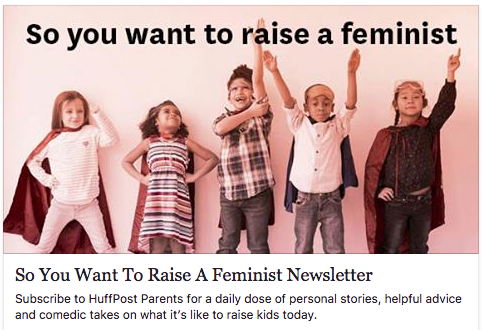 After shifting the focus of the newsletter to a real-life guide that included real-life stories from parents who were part of the Facebook group, unique opens rose by about 40% while HuffPost saw growth in their newsletter list and a rise in engagement. March said, “We saw a lot of success there because of that one-to-one connection. We’re looking to do more of that.”

Hosting or co-hosting events is a huge opportunity for publishers to build a direct connection with their readers. The Atlantic and Digiday are two publishers who have seen great success through their event strategies. Aaron Gottlieb, Senior Manager, Audience Development at Digiday, spoke about the power of networking and learning with their users:

“We’re actually spending time with our users, talking to them, and getting really deep into what’s going on with their businesses. For our summits, where we have them, essentially, captive for three days discussing these things. After those three days, there is a tremendous opportunity for us, then, to convert them into paying subscribers. They just spent all this time with us. They’ve been networking and learning from people for three days.”

By bringing people from the digital world together in an actual room, publishers are able to build relationships that are much more effective than hitting a user with a subscription offer on Facebook, for example.

Aaron Gottlieb also chimed in on how they’ve been successful with events due to, in part, their ability to segment their audience so well. “We had an agency summit going on in Charleston at the same time as a publishing summit in Berlin. Our marketing team was able to look at our different audiences, different products, and attack completely different segments to enable us to make revenue.” Having a clear understanding of who your audience is as it relates to different products is a major key to building relationships and revenue through events.

Publishers have the responsibility of creating ideas, messages, and stories for audiences who want to listen. Part of that involves owning your voice—especially when outside forces challenge ownership of that narrative or when no one else is filling a space for an underrepresented audience.

Jonathan Jackson, Co-founder of Blavity, discussed how black millennials, who are 11.5 million strong with $162 billion in buying power, are one of the most influential and highly sought after demographics in today’s media landscape. “We saw our demographic was talking to each other digitally. The problem was that we weren’t in control of the narrative. People were talking about us, but we weren’t writing the story, so there was an inconsistency of how we were being referenced,” said Jackson.

“We really try to focus on building a safe space for whom the world sees as ‘other’: women, people of color, LGBTQ, etc. It’s literally built into our DNA and our foundation,” said Detavio Samuels, president of iOne Digital. Although their audience is 30% African American, they often get pigeonholed into a “black bucket,” which they are pushing themselves out of to instead be seen as a total-market cross-cultural company. “We’re not entering into a world that’s hot in diversity trying to prove that we’re diverse. Diversity has always been part of our DNA, and we’re trying to get people to understand that is relevant to everybody,” said Samuels

Samuels’s solution to owning his audience is betting on things he can control, such as email, while also experimenting. As Samuels said, “We’re testing everything from extending brands to multiplatform touch points, to a paywall for some of our brands, to merch for some. We are finding different ways to experiment with our audience to see what sticks if we build a brand that they love.”

Current shifts in the media environment necessitate this kind of experimentation and make owning your audience as important as ever. “Two years ago, Facebook was driving about 75% of our traffic,” said Samuels. “Today it’s probably closer to 20%-25%, depending on the brand. I think everybody is on the same page—you can’t let somebody else own your audience.”

“You can’t let somebody else own your audience.” – Detavio Samuels

Ultimately, if you’re successful in owning your voice, brand, and audience, you’ll create a positive feedback loop where you’re able to deepen your relationship with your readers as they receive more value from you. As Sachin Kamdar, CEO of Parse.ly, said when asked about monetization strategies, “Rather than treating their readers and viewers as a product to be sold to advertisers via networks and exchanges, these publishers realize that they can develop products to sell their deeply engaged and loyal audiences — directly.”