By Megan RadognaNovember 5, 2018No Comments 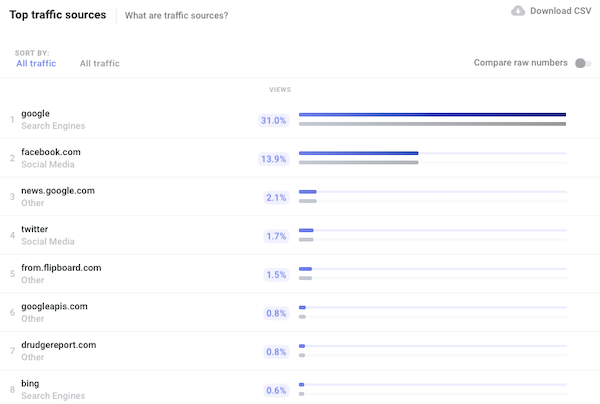 Where were readers discovering articles and what were some of the top stories of the month? Here’s your quick traffic recap based on network data for October 2018. 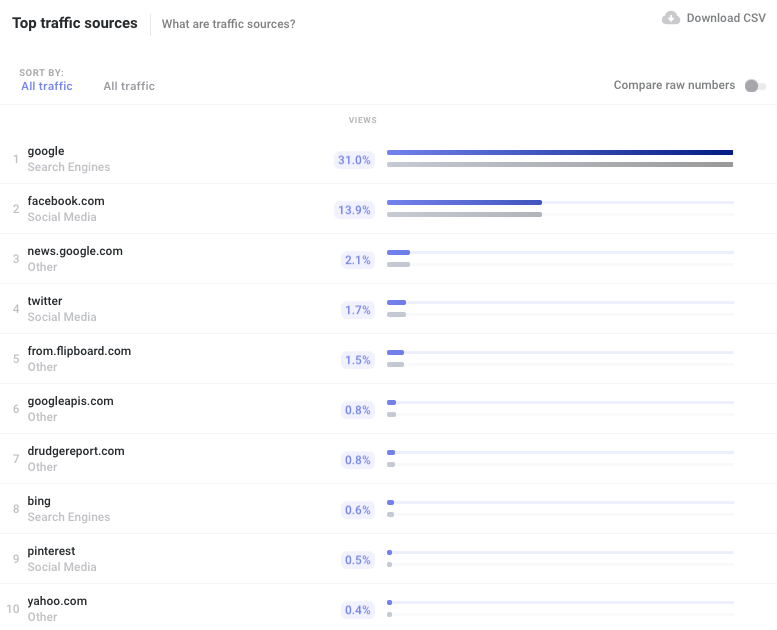 Top stories of the month: a closer look at politics

In the month prior to the 2018 midterm elections, politics remained the most read content category. The top three politics stories included news about Brett Kavanaugh and Jamal Khashoggi: 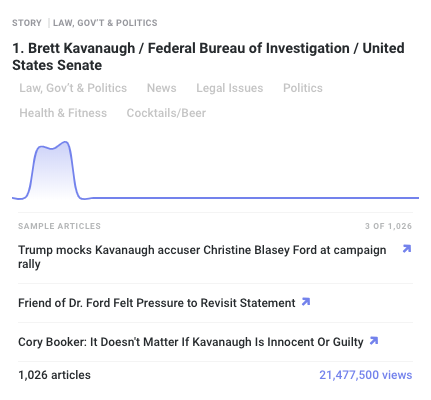 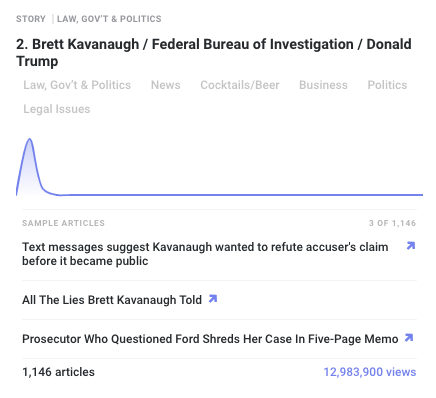 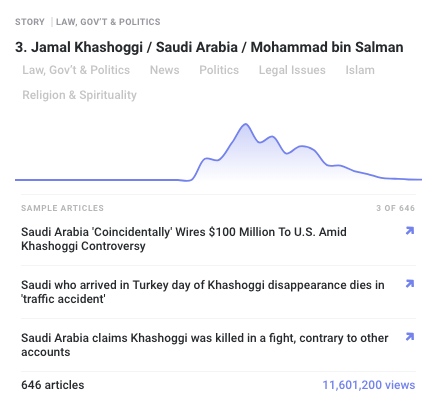 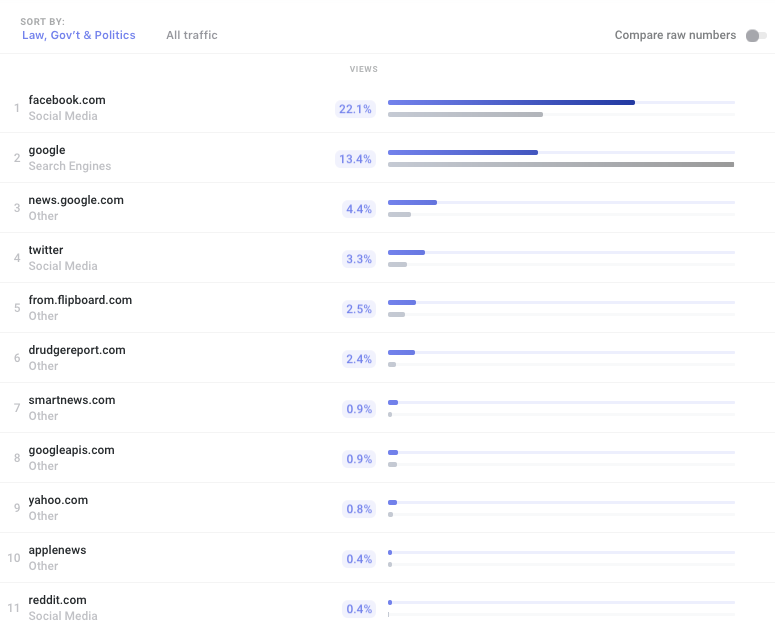 How do these trends differ from the overall referral trends? Google is the top referrer to the network overall, but Facebook is the top external referrer to politics content. Apps that aggregate content like Google News, Flipboard, SmartNews, and Apple News all fall in the top ten referrers. Reddit also falls just short of the top ten, while Pinterest is not in the mix.

In general, we’ve noticed the rise of news aggregators (such as SmartNews and Google Discover), which were influential along with apps and RSS feeds in sending traffic to politics articles in the last six months.