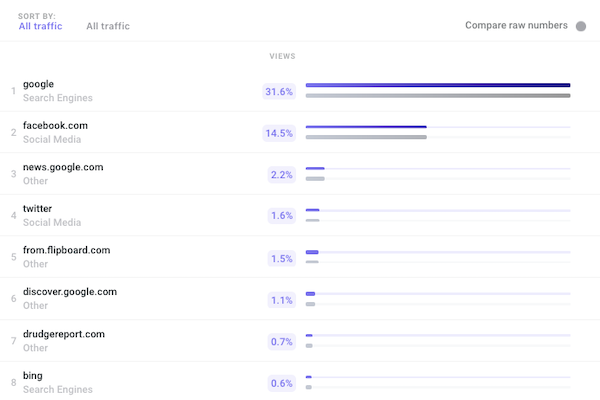 Where were readers discovering articles and what were some of the top stories of the month? Here’s your quick traffic recap based on network data for November 2018.

There were 4.7 billion views across the network in November with 920,000 articles viewed daily. Keeping in mind October has an extra day, these numbers are slightly down from last month. The order of the top ten referrers remained mostly the same from October to November, except for movement in non-search Google referrers. 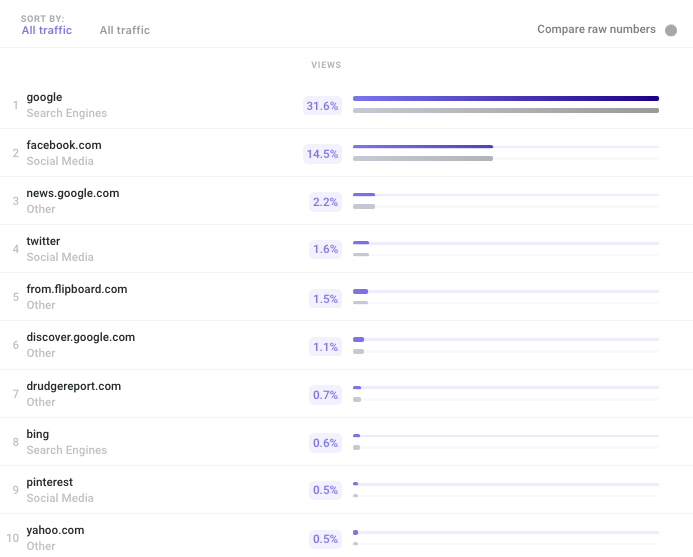 Even though their rankings stayed the same, traffic from Google search and Facebook both increased slightly from October to November.

Top stories of the month: the midterm elections, wildfires, and Brexit

The top three stories across the entire network included politics at home and abroad as well as reporting on the wildfires in California.

The US midterm elections at the beginning of the month garnered the most attention, especially Democrats flipping the House of Representatives. Here’s a closer look at who and what voters were reading about online as they headed to the polls. 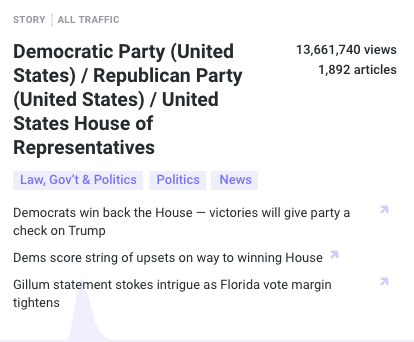 The news about wildfires in California was the second most-viewed story across the entire network in November. Recode compared the coverage of wildfires to coverage of recent East Coast hurricanes. They found there were fewer articles written about wildfires even though human impact is comparable. 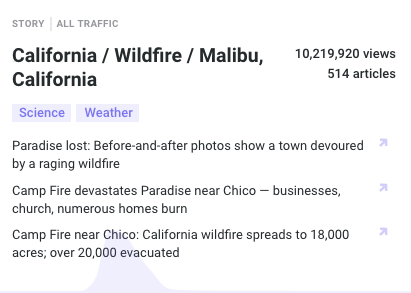 News about Brexit rounded out the top three stories of the month, with attention turning to the UK as ministers resigned. 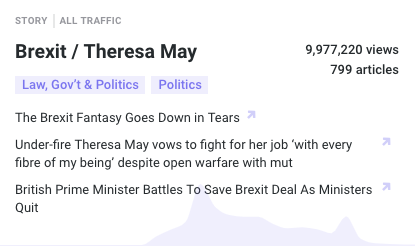 The shift in top topics across the network month over month suggests the strength of readers’ interest in the midterms. In October, the Democratic Party and the Republican party were the third and fourth most read-about topics. In November, they were second and third, each with 2.1% of views from the entire network.

Missed last month’s traffic recap? Catch up here and subscribe to our newsletter to stay up-to-date on future traffic trends.