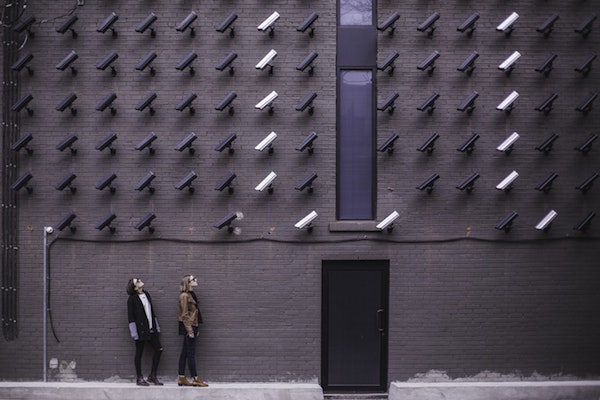 Publishers often employ content recommendation systems to build relationships with readers, but the method still presents some challenges. Publishers face a multitude of choices in how they choose to surface content. They only have seconds to capture the attention of the potential “perfect reader.”

In this new era of increasing personalization, many companies have assumed that there must be a trade-off for reader and data privacy in order to get the reader to stay. But whether it’s GDPR, browser updates or even company values, relying on intrusive reader data might not be an option available. My hypothesis: By understanding the needs of their readers, publishers can make use of the audience data they have while respecting readers’ privacy.

I tested this theory in collaboration with Parse.ly and my NYU graduate program Studio 20. I worked with The New Yorker and The Intercept to understand their audience development goals and identify their ideal reader. Then, I used this information to suggest optimizations for their recommendation programs using the Parse.ly API.

My research revealed readers care about what’s being shared on social media—which is also also a metric that can be sourced while protecting reader privacy.

People want to read what other people shared

While I wanted audience data to drive the final outcome of content recommendation, I realized I needed to start at the source: the people. I began by interviewing two types of users. First, I talked with employees at these news organizations—including editors, reporters, and audience development teams—for context about the publication’s editorial and business goals. Second, I interviewed prospective readers.

According to my research with the employees, they’ve identified the sensibilities and demographics of someone likely to be an Intercept member or a New Yorker subscriber. However, that “perfect reader” might have only stumbled across the site once or twice. Using data and the Parse.ly API for content recommendations could encourage her to stay onsite and engage.

I used the metrics available via Parse.ly’s API to power and user-test different combinations of metrics on The Intercept’s and The New Yorker’s sites. I focused on the metrics that convert one-to-two time readers into regular visitors. 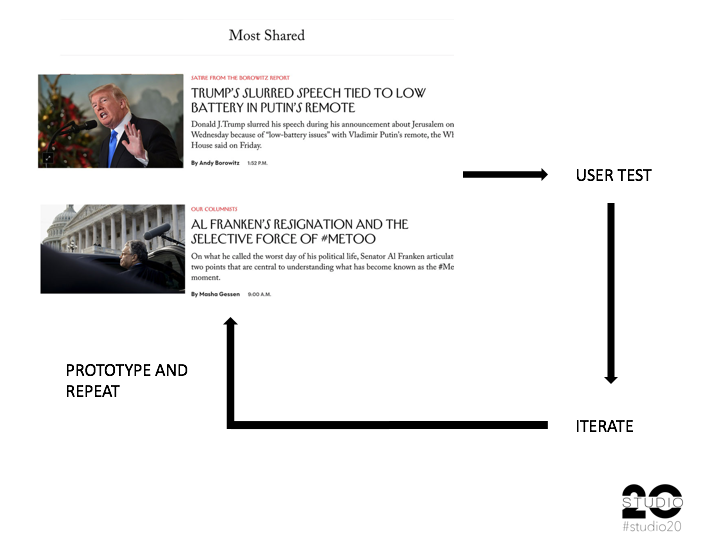 One-time readers with the potential to become regular visitors preferred to be fed what other people shared because they trust stories fit within their own personal interests.

Readers want to be given stories that other people were inspired and driven to do something about. This makes sense especially in the context of The Intercept’s mission: fearless, adversarial journalism that speaks truth to power.

Even so, stories ranked by engaged time didn’t score as well compared to stories ranked by social shares. Users saw time spent as a passive indicator, while sharing indicates that other readers were inspired and driven to take action.

How did we come to focus on social shares as a key metric? The approach began with a question about privacy.

Not only does The Intercept report on privacy, but the newsroom values privacy as a core tenet of their brand and a pathway to earn reader trust. The Intercept has a unique integration with Parse.ly which makes it possible for them to track data without compromising its readers’ privacy concerns.

Not necessarily. Recommending content based on the number of social interactions gives readers what they want without collecting and storing data as a user profile. As companies in the EU prepare for GDPR changes, considerations like this will become more and more relevant.

For The New Yorker‘s perspective readers, findings remained the same. Whether or not user privacy is core to your mission, social shares are a proxy metric for content that resonates with your core audience.

To Serve and Protect

News publications need to understand how to use their audience’s data to better serve and protect them—a dynamic that benefits readers and newsrooms alike.

If you want to see how surfacing the most-shared content impacts your readers, let us know! We’ll get you all the info you need about building recommendation widgets with Parse.ly’s API.

To receive more information on Parse.ly’s API, fill out the form below: