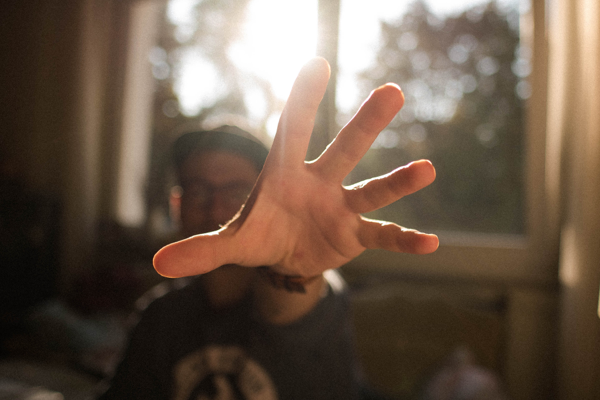 In an age where we’re constantly inundated by content, it’s become a bigger challenge for content to stand out, partly because there’s more of it. According to TrackMaven, the average number of blog posts published per company per month increased 800% from 2011 to 2015, but social engagement decreased 89%.

It’s a simple economics issue: supply on the internet has continued to increase, while there’s little measure of demand in any aggregate way. But instead of exploring that demand, we’re shown what’s already popular or trending, from hashtags to search terms.

Topics with lots of eyeballs and less content are your opportunity to differentiate. What will you find if you look for the “in-demand” topics?

We used our data set in Currents to see. Here’s what we uncovered by looking at content by demand—not pure popularity.

Topics ranked by views and then sorted by demand.

First, for context, Donald Trump dominates as the single most read about topic in Parse.ly’s network. With 1.1 billion views to articles mentioning him during June-December 2018 alone, there’s no question people read articles about him. While there’s debate about exactly how much the media should be covering Trump, we still discovered some stories regarding his administration that have gone “undercovered.”

Case in point: we found that articles written about him in the Health & Fitness category get more views per post than topics you might typically associate with health or fitness. When it comes to what people have an “appetite” for online, perhaps tying policies to individuals health and wellness is more in demand that we realized.

Below we examine three categories of content across our network. See how the supply and demand equation for articles about Donald Trump works out for each.

Trump was the 32nd most viewed topic for content categorized under Health & Fitness in the latter half of 2018. 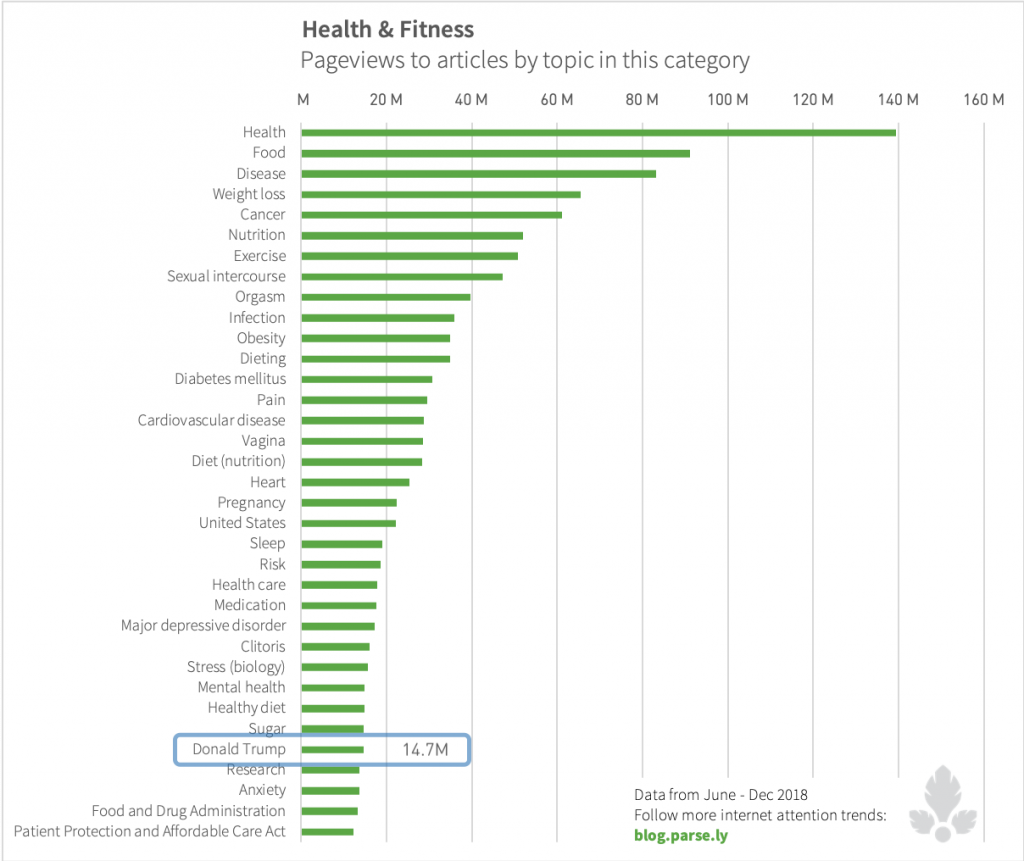 Sort that list by demand though, and he shoots right up to #2.

United States, the Republican Party, and the Democratic Party surround him in the top four.   It appears that people want to read about how the U.S. government’s policies affect their health.

Some of the top stories related to Trump in the Health & Fitness category include:

The relationship mirrors that of the relationship of the government and the economy. Speaking about the Dow’s roller coaster week at the end of December, Peter Cardillo, chief market economist at Spartan Capital Securities said “The problem is Trump continues to create a lot of uncertainty.”

Whether it’s criticism of the head of the Federal Reserve, the tariffs on China and Turkey, or allegations of fraud, there’s plenty of appetite for Trump coverage in the Business sector.

The demand for Trump in the Business category is more pronounced over a time range of six months. Over shorter time ranges, like days or weeks, other topics bubble up. For instance, during the week of Jan. 21, 2019, the National Association of Realtors was the most in-demand topic in Business. The same week, news came out about the housing market’s drop in December.

Also of note – Facebook shows up as the fourth most viewed topic, but drops to 19th in terms of demand. Twitter ranks 15th and 16th, respectively in this same data set.)

Politics: Reader demand highest for topics adjacent to Trump, but not POTUS himself

Trump remains the most viewed topic in Law, Gov’t & Politics, but when it comes to demand, he doesn’t even crack the top 15. Perhaps the supply has maxed out; one person can’t read all of the content created about Trump and the administration in a given day. 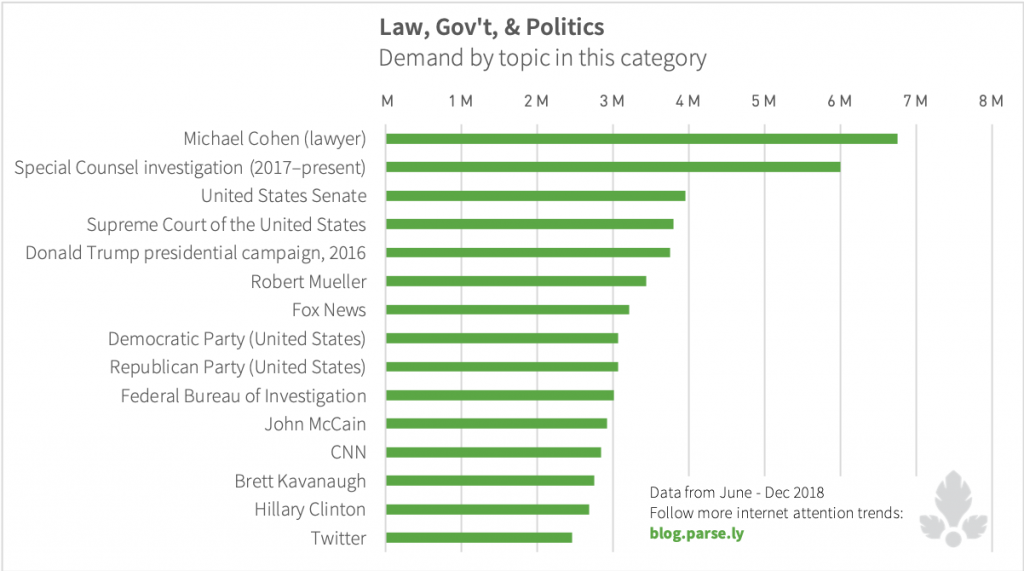 So what do political readers want more of? While the data doesn’t show demand for Trump himself, more readers per post come to articles about his 2016 presidential campaign. The top stories for this topic are mostly related to the Special Counsel investigation. That, coupled with Michael Cohen and Robert Mueller showing up as other very in-demand topics, may be a sign that readers want to better understand the investigation.

Need a place to hide? Where are the Trump-free zones?

Here are the categories with no demand for Trump-related content, presented without commentary:

Photo by  Thomas Griesbeck  on  Unsplash