Why Publishers Need to Capitalize on Voice Computing

Home » Why Publishers Need to Capitalize on Voice Computing 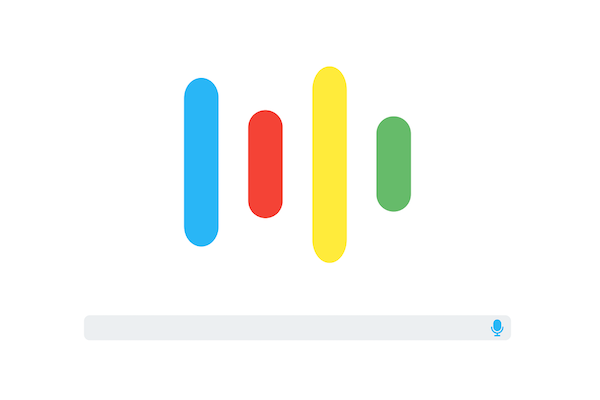 Humans develop language skills long before they read or write. It’s no wonder that using voice to interact with technology has been a sci-fi goal for decades. With years of practice under the belt of Amazon Alexa, Google Assistant, Apple’s Siri, and Microsoft’s Cortana we’ve finally come to a point where voice assistants are widely used. Now we see voice assistants not only as a smartphone feature, but as an always-on in home device that becomes a part of someone’s day-to-day life.

In the next year, it’s expected that 33 million of these devices will be out in the wild. That is an incredible opportunity for publishers and brands to hop on board and capitalize on this technology. 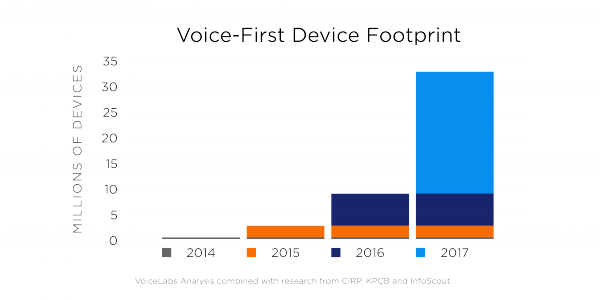 What happened to make these devices emerge?

Improvements in technology. After years of mobile phone assistants, the data and capabilities of these assistants have finally gotten to the point where they’re good. The commands are also clear enough for the assistant to quickly train you on what you can and can’t ask for.

The cost of this technology has gone down. Economies of scale for smartphones have made the device components cheap enough to mass produce consumer devices for under $50 like the Echo Dot.

The proliferation of APIs and content made the hardware easier to produce. This has ensured that device manufacturers have little heavy lifting to do to make these devices useful. Using external APIs, a simple voice command can order you a pizza, replace your laundry detergent, tell you the weather or play your favorite song. 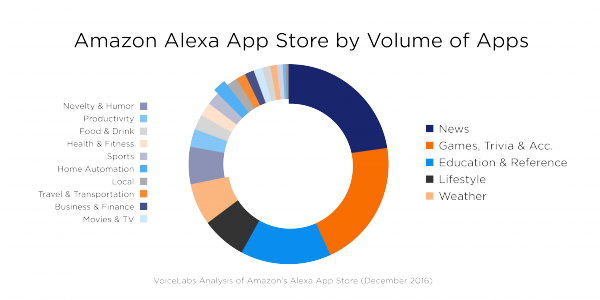 Publishers can meet their audiences everywhere they go

Just as content marketing has exploded as everyone’s go-to marketing tactic, it’s also exploded as the number one app category on voice computing devices. Content producers are pumping out skills to meet their audience where they’re at with audio that’s delivered straight to the living room, kitchen, or bedroom. 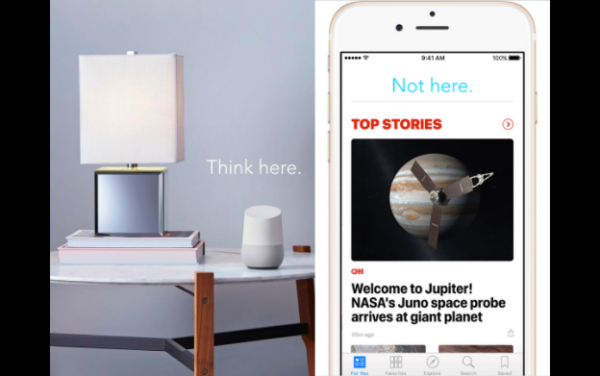 For content publishers, the home presents a huge opportunity to build a daily habit with your users. Rather than reaching someone on a screen where they’re distracted by other apps – Facebook, Email, Netflix, Texts, etc., devices like Echo and Google Home make it easy to capture someone’s full audio attention. And as content producers build out this experience, we’re beginning to think of it as Radio 3.0.

Radio’s evolved quickly over the past 15 years. Here’s a rundown of its evolution:

Radio 3.0 is interactive, personalized, and habit-forming. Unlike traditional radio, which is controlled by the broadcaster, Radio 3.0 is controlled by the user’s voice so interactions are quick and easy, no matter where they left their phone. Personalization on voice assistants brings listeners the content they want, whether it’s a song on Spotify, the weather, local sports scores, a news story from Slate.com or a Hardcore History podcast (this guy is incredible!). All of this ladders up to create a daily habit that users make their own.

How publishers can design voice experiences for their audience

In designing experiences for this type of environment, think of the interactions you have at a restaurant. 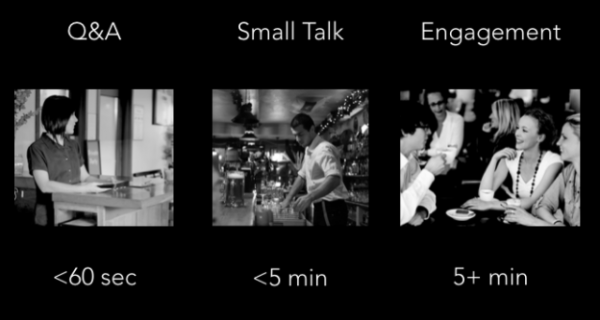 The time is now

It’s clear that Amazon’s Echo and Google’s Home devices have struck a chord with consumers. The other major tech companies will soon follow suit with devices of their own.

For brands and publishers deciding whether to jump in or stay on the sidelines, it’s time to jump in. Consumers are creating their consumption habits now, and it’s much harder to break a habit than creating a new one. Starting now will also provide insights on how audiences want to use this new medium. Armed with that knowledge, brands can advocate for advanced features with manufacturers who are themselves, still looking to understand how these devices will be used.

At SpokenLayer, we transform written content into human-read audio at scale. We work with premium publishers to bring their stories to life every day, sharing them with the world through Alexa, Google Home, iTunes, Spotify, Soundcloud and more.