What It Takes to Win a Journalism Hackathon

Home » What It Takes to Win a Journalism Hackathon

Speaking from experience, talking  about digital innovation at a conference or writing about it on Twitter is easy.    Sitting down to create something new? Now that’s hard. That’s what hackathons force: working within time constraints to produce something, anything.

The prizes aren’t bad either. When we teamed up with the Global Editors Network and Mic to host a Editors Lab in New York City, first prize was a trip to Vienna—to compete in another hackathon. Other hackathons sometimes offer cash or services as prizes, and of course they all offer bragging rights to the winning teams.

How do you win a hackathon? Here are the top four things we learned about what it takes to win from hosting, judging, and participating in the GEN Editors Lab hackathon.

1. Teamwork: Get the right people together

For the Editors Lab hackathon, the ideal team mix had three people: a journalist, a designer and a developer from the same company. These people did not necessarily know each other before the event, but they each brought a different, critical perspective to the challenges facing their team, respective departments, and potential audiences.

This range provided checks and balances for the proclivities of any one type of role. For instance, developers’ drive to create something technically impressive would be tempered by journalists’ focus on the specific needs of their audience. Designers gave the user a voice at the table, no matter the type of project proposed. 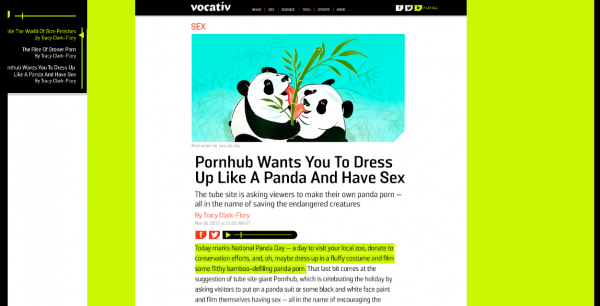 Finally, keep in mind that your competition can also be a source of inspiration. When asked about the most useful part of the hackathon, many participants answered that the time spent “speed geeking” with other teams and talking to people at other news organizations was their favorite part of the whole event.

2. Do’s and Don’ts: Follow the hackathon theme and guidelines

Remember, the judges of a hackathon are given rules and criteria when evaluating the winner. Want that first place trophy? Make sure that your project addresses the problem presented in the hackathon.

We wanted teams to tackle Audience Engagement. The projects were judged on:

It’s just as important to know what not to do. Hackathon host Sarah Toporoff advised against making something shiny but not actually useful, what she described as “glittery gadget syndrome.” Another pitfall: ignoring time constraints to start something that could never be completed in your newsroom, much less in a weekend (syndrome: the impossible fancy). Toporoff’s last piece of advice is useful both during and after hackathons: “Be a knife, not a spork,” she said. Focus on doing one thing really well.

The judges cited some of these guidelines when describing why National Geographic‘s winning entry, “Counting Up,” took the prize.

The winning team from National Geographic celebrates after the announcement.

“Out of all the projects, a few stood out because they picked just one problem to solve and they were razor-focused on it. Others wanted to do too many things at the same time,” said judge Nasr ul Hadi, an ICFJ-Knight Fellow. Nikhil Kanekal, who works on strategy at Indian publisher the Printers Mysore added, “As a publisher, I think what stood out with the National Geographic‘s prototype was the fact that they used a technique that has not been tried much in the news industry.”

3. Focus: Keep  your eyes on the prize

Use any resource to your advantage when it comes on narrowing your project’s focus. One participant responded that the most useful part of the event was “Setting clear expectations for what makes for good/bad approach and [receiving] midstream constructive criticism.” Another echoed, “Speaking to the [hosts] to focus in on the idea. Feedback was great.”

Find out if the hackathon you’re participating in provides dedicated team advisors: neutral parties that can be leveraged throughout the event to keep a team on track and focused on the end result.

The team from The New Yorker used the feedback they received to push their project further. They ended up coming away with a special mention from the judges for their project, “Regina.”

“Seeing how other teams approached the problem of audience engagement and receiving feedback from the judges and advisors helped us mold our own project beyond what we initially planned for,” said Yuraima Estevez, a front-end developer at The New Yorker. “We were able to come out of this experience with a well rounded prototype and enough ideas to keep the momentum going through future iterations.”

The New Yorker’s hackathon team working on their prototype, Regina.

One piece of advice that our VP of Product, Mike Sukmanowsky, provided each team he spoke with? Quit brainstorming and get to work! “Ideas always sound good until you start trying to implement them,” Sukmanowsky said. “If you aren’t working on the development of your prototype early, you’re going to be at a disadvantage.”

Another way to keep the end goal in mind is to think longer-term about what you plan to do with it. What’s the business model, who will use this? Though this may not be a requirement for every hackathon (and indeed, there is some freedom in knowing that you can scrap the whole project with no love lost), at least considering how the project would end up being part of a “bigger picture” can give you direction and focus.

Again, this helped the winners from National Geographic. “How can we create and drive meaningful conversation and engagement the work that we do in a way that is financially sustainable?” the team asked of their project. “One of our key editorial focuses at National Geographic, and part of our mission, is exploration, and going deep on something, so if we can create a paywall strategy that mirrors that and directly informs it, that can only raises the stakes for our content and it makes our community more engaged and vibrant as a result.”

Hackathons are meant to be a break from the ordinary, a chance to stretch your creative and coding muscles. Don’t forget to enjoy the experience, meet new people, and learn something.

“You’re all winners,” Toporoff told the group at the start of the event. Though the attendees laughed off the platitude when they first heard it, by the time people were sipping on beer and wine while the judges deliberated, everyone certainly was beaming with pride. I saw a group of people that looked like they had already taken first place, and could maybe use a few extra hours of sleep the next night as well.