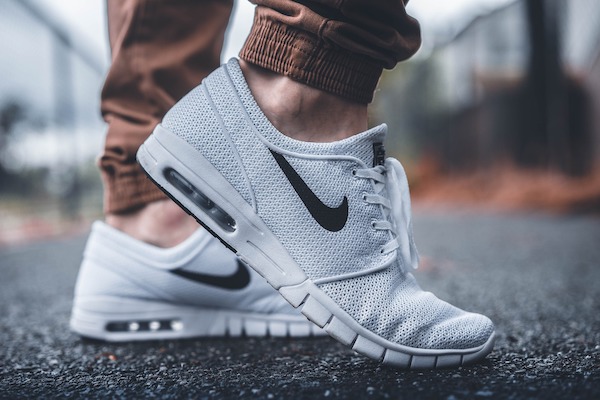 From sports and entertainment (“Every hero needs a villain.”) to music (“So everybody just follow me / ‘Cause we need a little controversy / ‘Cause it feels so empty without me”), there’s an understanding that conflict draws attention.

Take Nike’s ad with Colin Kaepernick for example. When Nike released the polarizing campaign, articles about the brand earned two hundred times more page views than the day before. And over the course of two days, online sales of Nike gear increased by 31%.

Controversy is in and of itself is controversial—What’s the risk for brands? What are the social repercussions of pitting celebrities against each other?—but data suggests there’s truth to the above axioms, for better or for worse. Controversies drive digital attention, especially through search engines and social media. And an increase in questions and conversations online correlates to an impact on the businesses involved in the situation.

Here’s a closer look at the nature of attention for five controversies spanning the worlds of sports, politics, music, technology, and entertainment.

Note: Only enterprise Currents users will be able to see date ranges greater than 30 days prior.

The controversy: Colin Kaepernick, the former 49ers quarterback who protested police brutality by kneeling before NFL games, starred as the face of Nike’s 30th-anniversary “Just Do It” ad campaign in September.

The impact: Nike’s stock saw a 5% increase in September after the ad campaign, representing $6 billion in value. 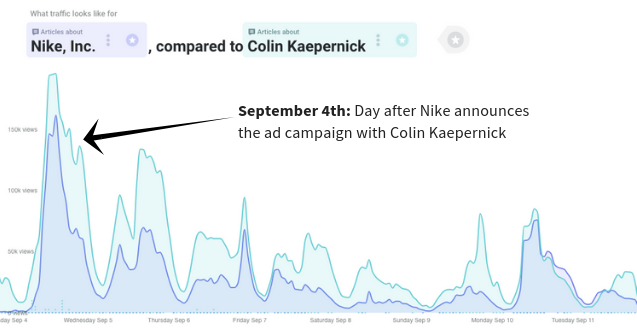 Page views for articles about Nike and Colin Kaepernick, September 4 – 11, 2018

The controversy: The nature of politics lately makes this a sort of Donald Trump + fill-in-the-blank opportunity, but let’s stick with sports for a second. On August 4th, Donald Trump got heat for levying a racist insult against LeBron James on Twitter.

The impact: Athletes like Michael Jordan and other supporters stepped up to defend James, raising awareness for his charitable efforts in the process. Melania Trump responded by offering to visit the new public school James had just opened. 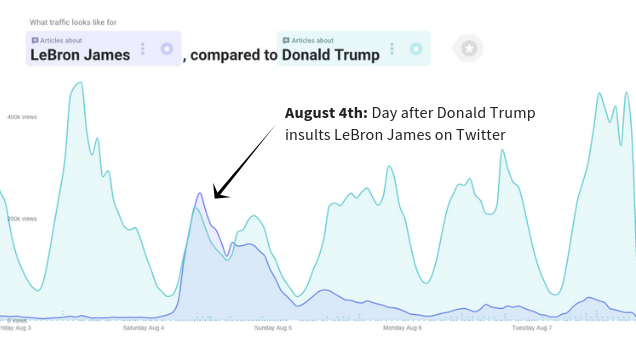 Cardi B and Nicki Minaj

The controversy: Cardi B and Nicki Minaj reportedly got into a physical altercation during Fashion Week at the Harper’s Bazaar party in September, 2018. 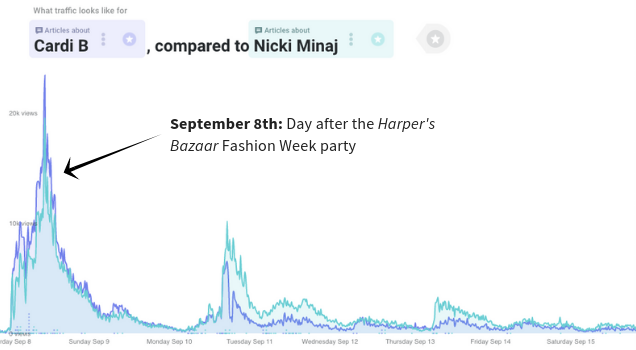 The controversy: In September, following a tweet that he was planning to take Tesla private, the SEC sued Elon Musk for fraud.

The impact: Tesla’s stock fell as a result, reaching its lowest point since 2013. 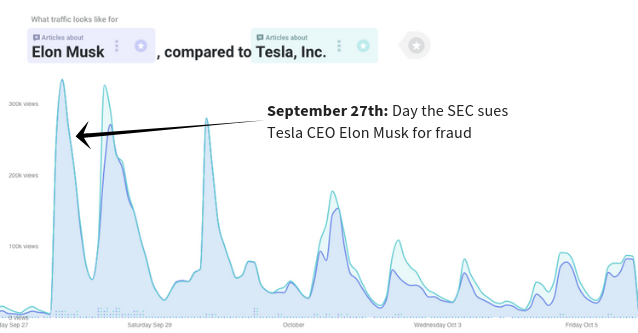 The controversy: What reality TV isn’t fueled by controversy? Even Chopped gets tense sometimes. The popular British show Love Island, whose finale 2018 season aired on July 30th, is no exception.

The impact: When attention for online content peaked, so did viewership for the show. The BBC reported a record-breaking 3.6 million people watched the finale. 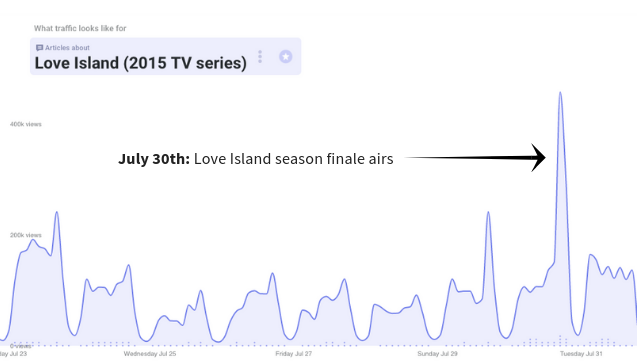 Controversies spark conversations and questions, but is it worth the potential fire?

For the examples above, controversy drives increased attention to content on social media and search engines across the board. In some of these industries, like music and entertainment, replete with dis tracks and celebrity feuds, controversy is more expected. In others, like technology, not all press proves to be good press. But when it comes to brands taking a stand on potentially controversial social and political issues, are there benefits to following the example of a company like Nike?

According to the 2018 Edelman Earned Brand Study, consumers want brands to take a side. In every market, “belief-driven buyers” were the majority. The survey found 64% of buyers make purchasing decisions based on the company’s stance on a given issue.

There are upsides to taking sides, to being demonstratively passionate about something. In other words, as a founding father (Lin Manuel Miranda playing Alexander Hamilton still counts, right?) once said: “If you stand for nothing, Burr, what’ll you fall for?”

There’s a line to walk when it comes to crossing controversy with business goals. Sometimes, though, asserting a stance on an issue might be the answer to resonating with a target audience. Understanding what controversies already have your audience’s attention can help you decide if it’s worth it or not to take a stand.