Traffic from news aggregation site Flipboard has more than doubled since the start of 2017. While they still haven’t broken into the top ten of the top referrers in the Parse.ly network overall, their growth and dominance in mobile in particular could indicate that will be a force to be reckoned with in the future.

One key thing to note is that this traffic almost exclusively comes from a tablet, phone or other mobile device; 99.4% of Flipboard’s referrals in the first half of June were via mobile. In fact, when we narrow our scope to mobile consumption, Flipboard becomes the fourth most common referrer to sites in our network, right behind Twitter. 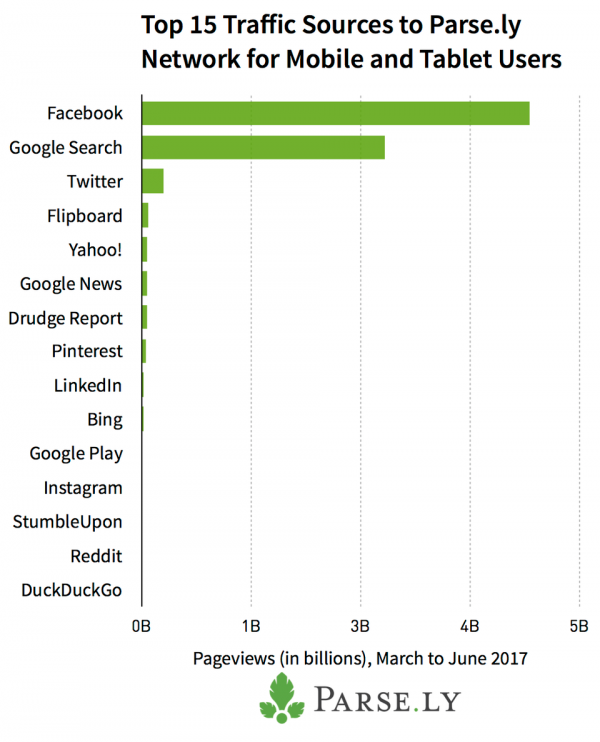 According to the Flipboard website, the app “collects quality content on your favorite topics from the world’s most trusted sources, and presents them in a beautiful magazine format.” When Axios interviewed founder Mike McCue, he echoed this description, crediting Flipboard’s success with an emphasis on quality and design, as well as a focus on mobile.

However, that focus on design and usability also comes along with a match to a new consumer need; with recent concern about “fake news,” McCue believes that consumers want to gather information from multiple sources. Flipboard has tried to position itself as a reliable and far-ranging news source.

Flipboard claims it has been successful with publishers because of its simplicity and it doesn’t require publisher’s content to live on its platform. “Flipboard simply takes the RSS feed, displays publisher content and directs traffic back to publishers’ sites, where they can monetize their traffic and keep the user data,” Lucinda Southern wrote in Digiday

As of June, the median publisher partnered with Flipboard in our network generates about 0.1% of its referral traffic from Flipboard, but for some, the percentage was as high as nearly 25%.

Compared to competitors Pocket and Feedly, Flipboard has become dominant over the past year. 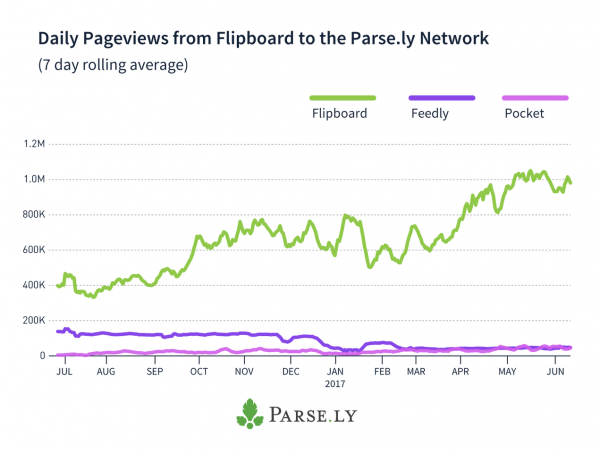 With publishers eager to broaden their traffic beyond the dominant traffic duopoly of Google and Facebook, Flipboard could become a strong new option, especially for mobile audiences.