The (digital) morning news routine: how mobile news aggregators have evolved beyond the homepage

Home » The (digital) morning news routine: how mobile news aggregators have evolved beyond the homepage 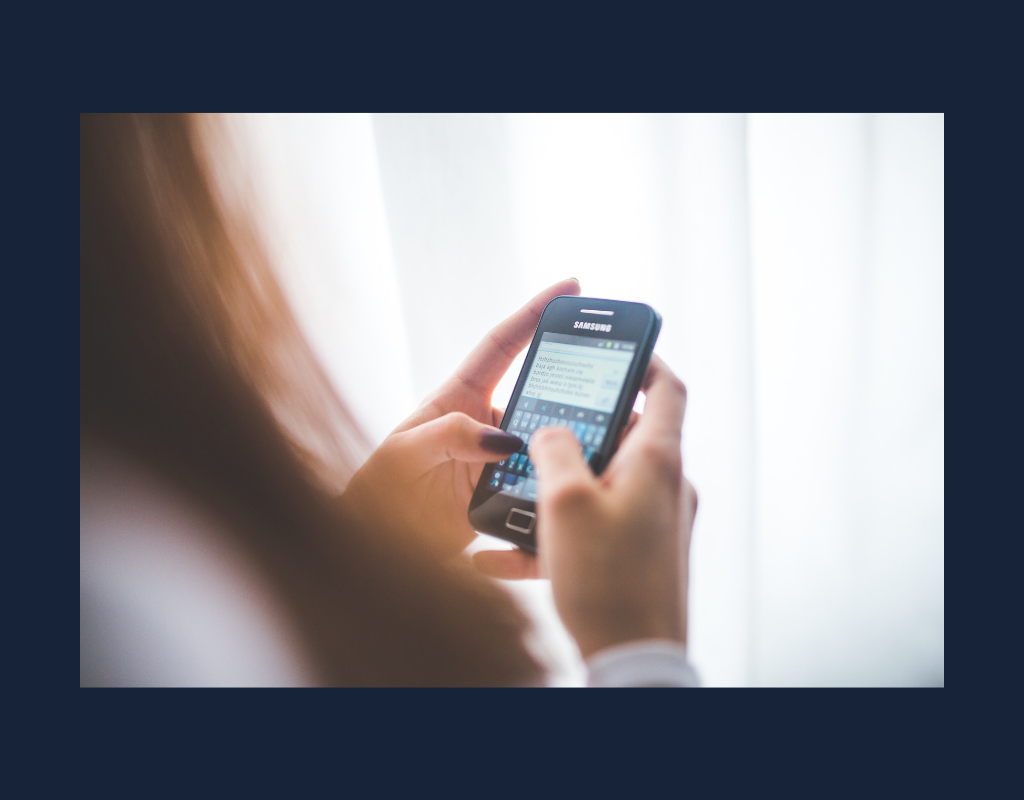 What makes reading the news different than listening to it on the radio or watching it on TV is the undivided attention it requires. That’s not to say radio and TV news patrons are not attentive. It’s simply much more difficult to read and make breakfast at the same time.

This is why I find digital attention trends so fascinating and important: reading is a very intentional activity.

We read on purpose

When an organization sees a spike from a news aggregator app like Flipboard, Smartnews, Toutiao, or Apple News, it comes from readers who, very intentionally, set out to read news. They open an app designed for exactly this activity, and browse through the headlines for local, international, or interest-specific news.

Traditional newspapers are, in a way, the original news aggregators. Before the digital age, subscriptions were paid to one’s local newspaper and favorite magazines. Readers trusted that the professionals there would organize and curate what was important, and skip what wasn’t.

With the dot-com boom came a tidal wave of information. This gave rise to news aggregators the likes of MSN, Yahoo!, and AOL with their searchable homepages. Elsewhere, blogs were designed specifically to organize all that information and make it more digestible. (Everything was considered a “blog” back then, wasn’t it?) These sources aggregated the news from multiple sources, and maybe mixed in some original content.

Today though, the popularity of searchable homepages is diminishing in favor of a more customized, curated mobile news experience. These trends tell us a lot about what readers need: on-the-go information curated to their interests from sources they can trust.

News aggregators fall into what’s known as the “other” referral category (that is, any external referrer that’s neither search nor social). It is the fastest growing and most diverse source of traffic in our network.

Explicit aggregators are news aggregator apps that explicitly gather and curate information. We can assume there is little to no original content on these platforms or, if there is, it may be a roundup of content previously featured. Then there are implicit aggregators, born of the original digital aggregators with searchable homepages. These offer fewer options for customization, and serve a largely non-mobile audience.

The apps driving most of that growth include Google News and Flipboard, and more recently SmartNews and Toutiao.

Google News growth took off in 2017 and shows no signs of slowing down. In 2019, 72% of this traffic is mobile, though 28% is still from the Google News desktop homepage.

Flipboard has followed a similar pattern. For a time, its referrals were competitive with Google News, but its audience was almost entirely mobile. Its biggest period of growth began in late-2017, though 2019 has been less favorable: Flipboard’s growth has slowed month over month, falling from 94 million views in January to 72 million views in July. It’s hard to say yet whether this is a temporary slump or if the trend will continue.

SmartNews saw noteworthy adoption in 2016, which is when it popped up on our radar. The sharpest growth in SmartNews referrals occurred last year, up +145% from January to December 2018 as the Japanese platform invested heavily in advertising in the U.S. market. Unlike the drama that Facebook’s algorithm changes wreaked on referrals, this trend was driven by something much less disturbing, though perhaps just as powerful: good marketing. Plain and simple, the growth of SmartNews is real growth.

Like SmartNews, ByteDance-owned news aggregator Toutiao remained on the smaller side, at least until April 2019. Toutiao used to send only half the traffic that SmartNews did. But in April 2019, that changed. After Alibaba announced it would send a wad of cash to the company, the two platforms are now neck-and-neck.

Now, as Parse.ly is U.S.-based, our network skews toward the western hemisphere. Seeing the increase in traffic generated from aggregator apps from Asia in our network brings up an interesting point in market saturation and adoption. What do these apps want with a western market? On Toutiao, Axios’ Sara Fischer offers an important perspective:

There’s a misconception that the Chinese push into the Western media tech market is to target new American users or to compete directly with U.S. tech companies. In reality, they’re looking to expand their Chinese user base abroad and make money from Chinese expats who would rather use their own social, messaging, and commerce apps in the U.S.

And that need for something that feels closer to home isn’t only for expats. In fact, it may explain the recent success of another small-but-growing aggregator that I was asked to investigate: News Break. Where other aggregators attempt to reach national or even international audiences, News Break offers news about your city or neighborhood.

The implicit aggregator is dying

As mobile news aggregators advance in the media tech industry, and investments like that of Alibaba underscore the importance of reaching new markets at a scale only tech can accommodate, older news aggregators might be on their way out.

These implicit aggregators include MSN, Yahoo, Digg, and Drudge Report. In 2019, more than half the audience to each of these platforms come from desktop computers.

But the desktop is a dying breed, which may explain why, in an era when readers are devouring aggregated news, none of these aggregators have grown significantly since 2017.

Remember, these aggregators rose to prominence in the 1990s and early 2000s, in the heady days of AIM, Windows XP, jewel-toned iMacs, and “Get off the phone, I need to use the internet!” I recently moved my very first computer out of my parents’ basement and took it to a digital recycling center. It felt like a metaphor.

In January 2018, only 23% of visits came from desktop devices. So when a majority of traffic to these aggregators comes from desktop, I don’t have much hope for a rebound.

The homepage has evolved

What does a rise in adoption (and investment) toward mobile news aggregators mean for the original digital aggregators? Or more to the point, owned-and-operated homepages and apps?

Owned-and-operated homepages and apps aren’t going anywhere. It’s important to remember that this “other” external category, though growing and diverse, still comprises no more than 10% of the referral traffic to our network. Compare that to traffic coming directly and traffic from readers already on your site. Direct traffic usually makes up 20-25% of overall referrals; even if we assume that half of direct traffic is actually dark social, as data from a previous study suggests, that still means nearly half of overall traffic is from readers going directly to landing pages or O&O apps, and then clicking around. A lot.

And that’s important, because whether you’re in media or media tech, the ultimate goal of building an app or a homepage is to build a habit.

Thirty-nine percent of traffic from direct or dark sources come from visitors who have been to that site at least once in the previous 30 days. That should validate a lot of the work homepage and newsletter editors are doing. Investing in these entry points means investing in the longevity of a relationship with your readers. 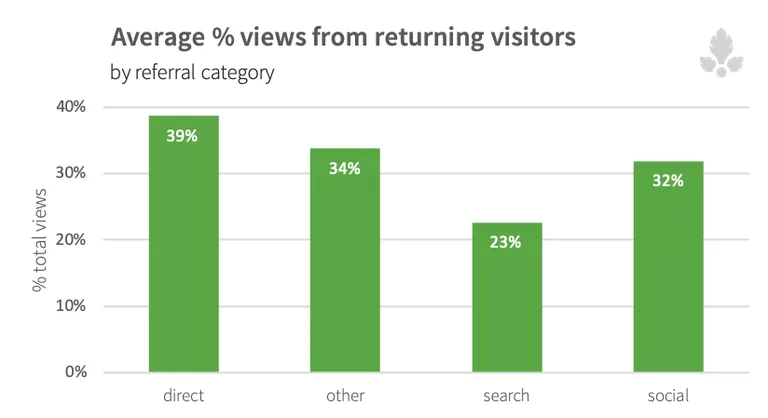 The only source that comes close to building that kind of habit is external “other” traffic. That’s where mobile news aggregators come in.

One in four readers from SmartNews has visited the same site at least once, from SmartNews, in the previous 30 days. The same is true for Flipboard readers. News aggregators have the potential to spur both discovery and a step toward brand loyalty.

O&O homepages and apps will continue to be a primary source of traffic to news organizations, but mobile news aggregators supplement that.

What these trends suggest, more strongly than anything, is a definitive intent to read the news. The reason readers subscribe to a local news paper is not dissimilar from the reasons they’ll download an app: they need a trusted source to organize and curate relevant information. Today’s readers are offered the winning combination of customization and curation, all in one place.

App customization offers readers the opportunity to engage directly with the kind of news they prefer, to explicitly opt into “I want this!” That kind of engagement is key to driving discovery, adoption, and loyalty.

Many newspaper subscribers proudly (and admirably, I’ll add) read their paper front to back. But this kind of behavior can’t exist online; there may be a front page, but there is no “back” anymore. Therefore, it’s app curation that provides the user a sense of completeness and closure. And because these apps also provide a variety of news sources, they instill in the user the importance of a diverse news diet.

Perhaps mobile news aggregators satisfy a need that previously only multiple print subscriptions could provide. And if you think about it, is this combination of customization and curation really all that different from the daily newspaper subscriber who reads the metro section, the sports section, and the comics, but tosses out the rest?