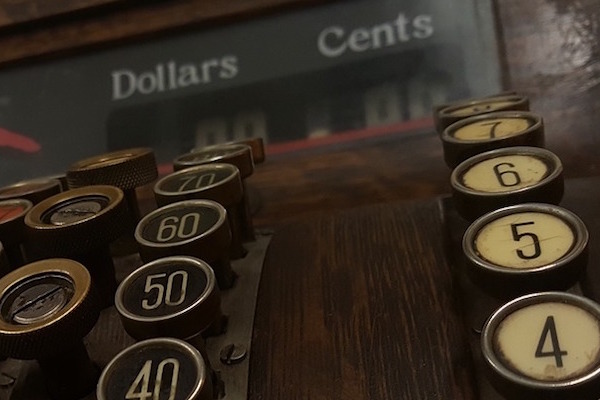 While the answers are still unclear, simply asking these questions is a good starting point.

Their changing role is not the only thing that weighs heavy on journalists as we approach 2017. Take a look at the full results of Parse.ly’s two-question survey, below. 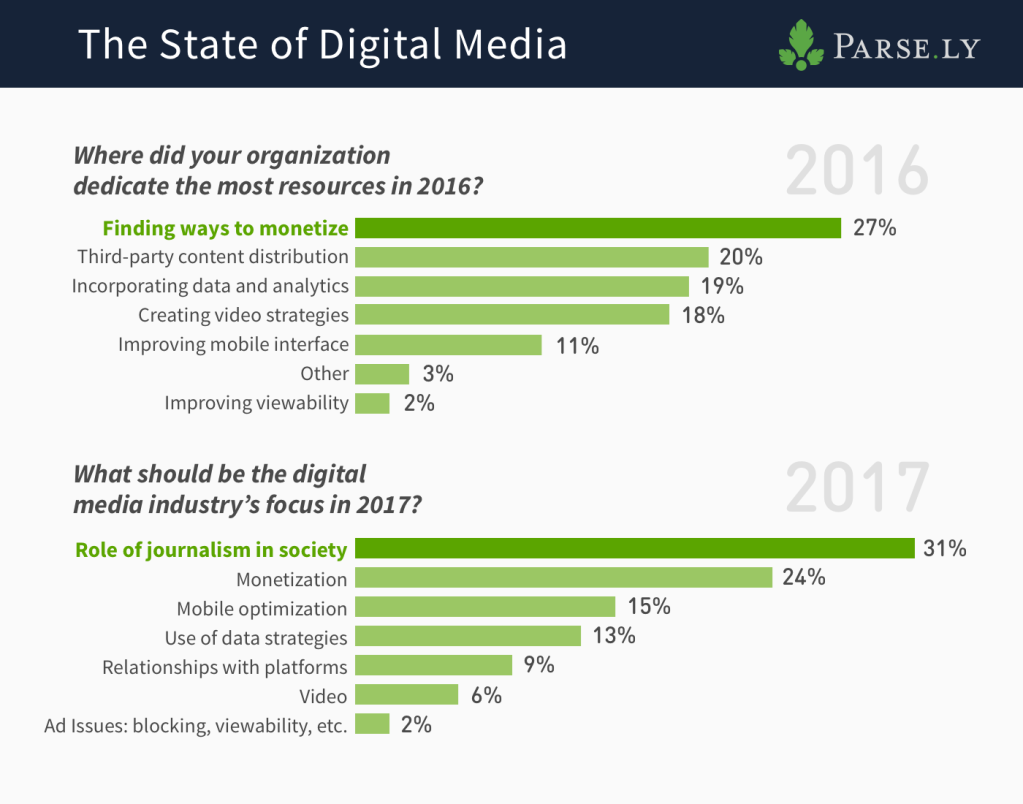 On one hand, many of the digital media industry’s primary concerns from years past have carried into 2017:

On the other hand, there has been some reprioritization of the main issues newsrooms are facing today. Nineteen percent of respondents to this year’s survey reported dedicating the most resources to incorporating data and analytics into their newsrooms in 2016. (Parse.ly saw the result of this, firsthand, via a growing list of customers who are using our analytics tool to help determine what content resonates best with readers.) However, only 13 percent of respondents said that use of data strategies would be a focus in 2017.

Eighteen percent of respondents reported dedicating the most resources to creating video strategies in 2016, but only six percent said it should be a focus in 2017. One reason for this could be because newsrooms have not seen immediate results from their fledgling video experiments.

Fourteen percent of respondents to last year’s survey predicted that mobile optimization would be one of the biggest challenges for the media industry in 2016. Only 11 percent dedicated the most resources to improving their mobile interface this year, yet 15 percent feel that mobile optimization should be the digital media industry’s focus in 2017. Could this mean that mobile is becoming more important for digital publishers?

Platforms, Video, and Ad Blockers: Not a Priority for Newsrooms in 2017

Beyond a preoccupation with journalism’s role in society, media companies are still concerned about monetization in 2017, according to 24 percent of respondents. However, surprisingly low on the online media industry’s list of priorities — especially compared to 2016 — are cultivating relationships with platforms (nine percent), video (six percent), and ad issues (two percent).

This is particularly interesting to us because all of these topics made news for the potentially negative impact they could have on the digital publishing industry in 2016:

Media Consultant  Jason Alcorn  interprets the survey results:  “This is the year digital subscription revenue becomes the key metric for credible journalism. I strongly believe that.  As readers, we get the news we pay for. A huge number more people understand that now. They want better news, and they’ve shown a willingness to pay for it.”

“Publishers who regularly produce credible, original journalism and communicate its value to readers will be rewarded.”

“Everything else,” said Alcorn, “like platforms, video, and ad tech, will take a back seat. It will still be there, we’ll still be talking about it, it’ll be part of the strategy, but it won’t be, can’t be publishers’ top priority.”
Maybe online media companies feel they made some headway in dealing with these issues in 2016, or maybe they know that 2017 will bring with it some bigger fish to fry. What do you think? Are these results in line with your organization’s challenges in 2016 and focus for the year ahead?