The Media’s Obsession with Trump Isn’t Justified by Data 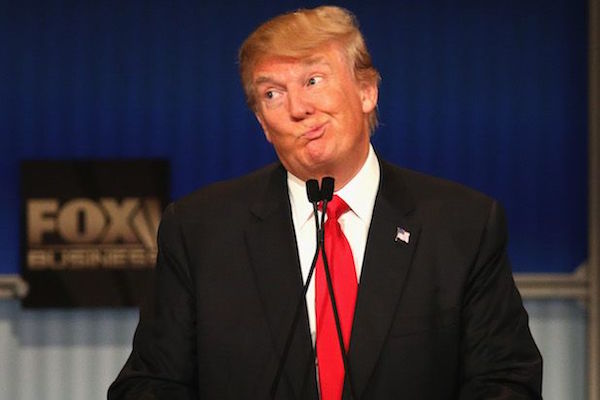 A couple of months ago, Journalist Nicholas Kristof wrote a controversial op-ed column in The New York Times about how “The Media Helped Make Trump.” In the piece, he argued that the $1.9 billion in free publicity that the media has given Donald Trump so far during this election cycle has provided him with a platform from which to spew “outrageous statements that [draw] ever more cameras — without facing enough skeptical follow-up questions.” In the aftermath of Kristof’s piece, readers and journalists fervently debated the veracity of his claims.

Because we work with media sites around the world to help answer questions about how readers are responding to content, Parse.ly is in a unique position to provide insight into this particular debate. We analyzed more than one billion page views across  more than 100,000 articles to figure out which of the last five remaining major U.S. Presidential candidates were getting the most attention both from reporters and readers.

Play with our Data

Please note: Our election dashboard is automatically updated each week with new traffic data for all candidates.

This data highlights the strong influence of the media: to a large extent, the public reads whatever it is the media decides to write about.

Trump Does Not Drive Revenue Kristof’s piece narrows in on the widely held belief among online  media that they have opted  to cover Trump because he drives revenue:

‘Trump is not just an instant ratings/circulation/clicks gold mine; he’s the motherlode,’ Ann Curry, the former Today anchor, told me. ‘He stepped on to the presidential campaign stage precisely at a moment when the media is struggling against deep insecurities about its financial future. The truth is, the media has needed Trump like a crack addict needs a hit.’

The two charts above suggest this is simply not true: on average, an article on Hillary Clinton receives six percent more page views than an article on Trump. Thus, Trump does not appear to be driving revenue.

But if the media isn’t covering Trump to boost revenue, then why have so many articles been written about him?

Perhaps, articles on Donald  Trump were initially popular but readers came down with a case of “Trump fatigue.” Maybe  the media didn’t respond to this fatigue in time, leading to a glut of articles written on Trump. Let’s take a look at average page views per article over time to see if this is the case: The chart above reveals that, in the last six months, there was no single month where articles on Trump consistently outperformed articles on other candidates. Clinton and Trump had similar numbers back in December, and there is no clear trend in this chart that could explain why the media wrote so many articles about Trump.

Trump Does Not Drive Social or Search Referral Traffic

Perhaps the media writes so many articles about Donald  Trump because these articles tend to go viral on social networks and bring in a lot of social referral traffic from sites like Facebook and Twitter. After all, Facebook has become the number one source of external referrer traffic, and many publishers are pursuing strategies to become more viral. Search engines, led by Google, are another important source of external referrer traffic, so if Trump articles brought in a lot of readers through Google, it might also make sense for the media to devote more articles to him. However, as you can see in the charts above, publishers who wanted to bring in external referrals through social or search should have written more articles about Bernie Sanders versus  any of the other candidates.

Parse.ly data clearly shows that online media is not providing equal coverage to candidates, as one might expect if it  were trying to live up to the ideals of our democratic society. This may come as no surprise. However, our analysis also shows that online media did not maximize revenue or social virality by focusing its  attention on Trump, despite widely held perceptions to the contrary.

So why did online media write as many articles on Trump as on the other four major candidates combined?

The fact is that in the midst of today’s 24-7 news cycle, most journalists can devote only a small amount of time to their next article, and so they often find themselves choosing topics that are convenient to write about. Imagine you’re a journalist in front of a blank screen, thinking about your next story, and faced with intense pressure to pump out content. There may be no clear breaking news on Clinton, Sanders, Cruz, or Kasich — so writing about these candidates may require you to conduct research or reach out to voters. On the other hand, your Twitter feed is full of the “events” that Trump so routinely creates and which feed personality-driven celebrity journalism: politically incorrect comments, bogus claims, and far-fetched promises.

Whom would you write about?

By choosing which stories to present to the public, journalists have the power to set the political agenda. The charts at the top of this post show that readers paid similar attention to articles written on any candidate (with the exception of long-shot candidate Kasich), indicating that by and large, readers will follow journalists wherever they lead them. Trump’s scandalous behavior produces soundbite after soundbite, and journalists — racing to post the latest story — are letting their readers down by allowing non-events to dictate their coverage. The media’s focus on Trump has not benefit either readers or publishers.

Data “Trumps” Other Factors  When  Covering the Election

There is a widely held view that Donald Trump is a necessary evil for the media in this election cycle — a topic that will generate page views and revenue for publishers. This analysis demonstrates that Trump coverage may not be so  necessary, and that editors and journalists should let data, rather than “gut feelings,” guide their decisions about  future coverage. Yet, if this analysis proves anything, it is that newsrooms are not beholden to the data that they uncover.

Many of the media companies we work with at Parse.ly encourage a data-driven culture that makes it easy for their employees to make informed content decisions.  For example, anyone using Parse.ly can perform an  analysis similar to the one we shared above. Simply  select all articles associated with each candidate by tagging each post  with the candidates that it  covers. Then, look at key metrics associated with each candidate, such as the number of page views and page views per post. It’s also possible to break these metrics down by different referral sources.

Are you listening to the type of  content that resonates with your readers, or has your newsroom covered topics (like Donald Trump!) that are not as appealing  to them?  No matter what you ultimately publish, it is important to take the data into consideration.

Check out our interactive graph now

Are you interested in learning more about the media’s role in the U.S. Presidential election? Stay tuned for more insights on Parse.ly’s blog.